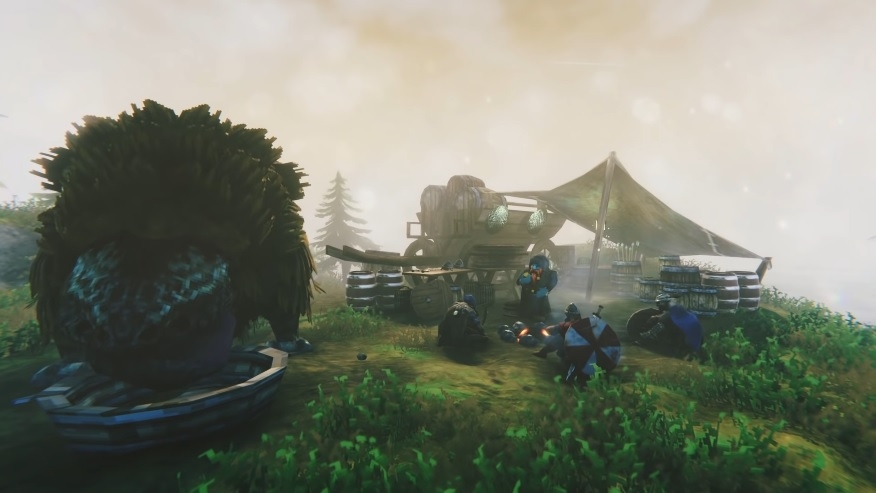 “Valheim” is expected to remain in the Early Access phase, but developer Iron Gate has already revealed some gameplay details to expect from its full version. Players can expect that each biome will have at least one main boss enemy while developers also plan on adding “mini-bosses.”

‘Valheim’ gameplay to include 9 boss enemies

Biomes are one of the main features of the multiplayer exploration and survival game, which practically serves as map regions of the open world title. It is important to note that “Valheim” is still in development and a good reminder for that is the three unfinished biomes that are already accessible to players.

Despite having plenty of work to do in terms of the game’s biomes, the developer has a clear vision about this aspect of “Valheim” and has promised players that all nine biomes — including the unfinished ones — will be in the final version. In an interview with PC Gamer, Iron Gate co-founder Henrik Törnqvist stated each biome will have its own boss enemy. “We're also exploring adding mini-bosses and stuff like that," Törnqvist said. "So yeah, there will be more bosses coming."

Following the game’s successful launch on Steam Early Access on Feb. 2, Iron Gate released its development roadmap for this year, which is primarily divided into four updates. In the same interview, the developer explained what these four updates will entail.

Update 1 or “Hearth and Home” will focus on adding more house building pieces and more recipes for food preparation. It will be followed by a second update titled “Cult of the Wolf” that will expand the exploration and combat system of “Valheim.” Update 3 is named “Ships and the Sea” where Iron Gate will deliver ship customization options to expand the activities in the ocean biome. Lastly, the developer aims to add an entirely new biome called Mistlands where new enemies, items, and resources will be introduced.

Iron Gate has yet to set a release window for each update mentioned in the 2021 roadmap, but the five-person studio will prioritize addressing bugs. “The whole team is working on fixing all the bugs that come to light when you suddenly get a million people playing your game," said Törnqvist. “As soon as we feel ready, we will begin working on the updates outlined in the roadmap.” “Valheim” surpassed two million copies sold on Steam last Tuesday.

“Valheim” is eyed to remain in early access for at least a year making 2022 is earliest possible release window. However, its Steam FAQ page indicates that the timeline could be extended.