VR: How To Get The Most Out of Your Mobile Phone 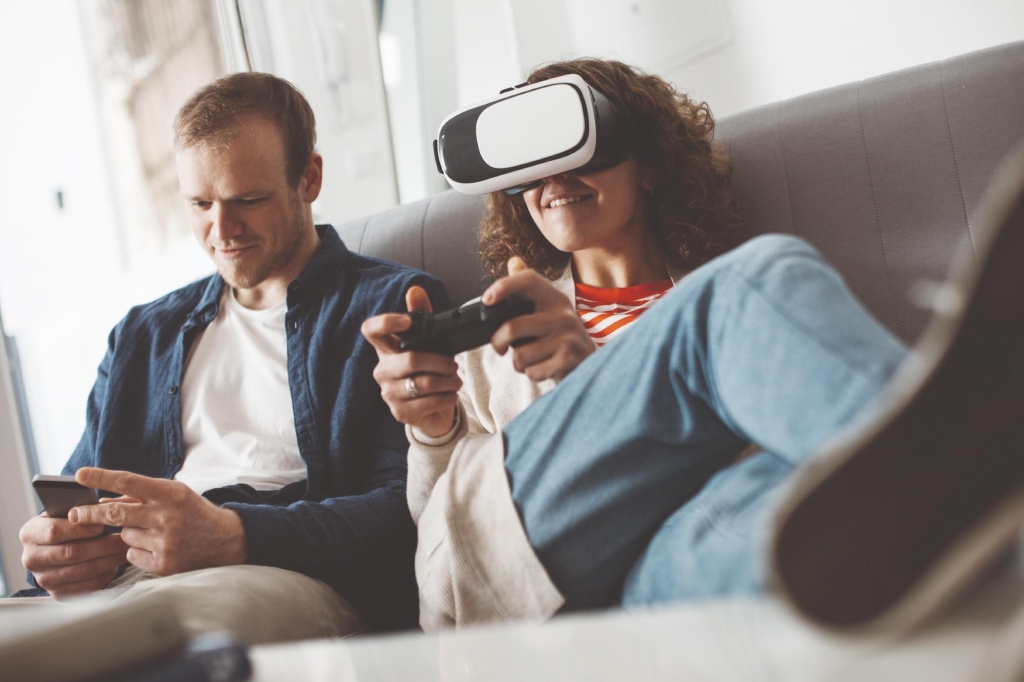 If you want to get the most out of your smartphone, did you know that with a few pieces of hardware you can transform it into a VR set? It’s true – all you need to upgrade your phone and use it as a VR set is a few apps, a headset, and a relatively recent smartphone. Voila – you can enter the world of Virtual Reality and start enjoying 360-degree videos and virtual reality gaming.

What is VR, and how does it work with mobile phones?

The term VR refers to ‘the computer-generated simulation of an environment that you can interact with using special VR technology and VR headsets, such as the Oculus Rift, HTC Vive, Playstation VR and Samsung Gear VR.’ What does that mean for you, the player? Basically, you can experience the world of the Matrix without all of the life or death consequences!

VR games, apps, movies, and videos allow you to feel like you are completely immersed in a digital environment. You enter a 360-degree world replete with details, sights, sounds, and spatial depth. The gameplay or entertainment is that much more satisfying, as there are no limits to what you experience with VR.

How can you tell if your phone supports VR? Before you sink your money into a VR headset, you should first be sure if your mobile phone model supports this technology. Your can do this in a few different ways.

1. YouTube: Head to the YouTube app on your smartphone and scroll to their ‘best of 360’ videos. Once the video begins to play, you should be able to follow the angle of the video by sliding your finger across the screen, and the screen should follow our actions. You should see a VR icon on the bottom right, as well as double screens.

2. Google: Head to Google and find out if your phone model has what is called a ‘Gyroscope sensor’ as a part of its software package. This sensor enables the advanced sense of motion and position that it needs for VR capability.

3. Apps: Head to your App store and select any Virtual Reality app to install. When you open the app you should see 2 screens. Move your phone left and right and up and down – if the screen moves, then you know that your mobile phone supports Virtual Reality technology.

3 steps to setting up VR on your mobile phone A compatible VR headset will depend on the make and model of your smartphone. You can find loads of different virtual reality kits on Amazon and other online stores; you just need to find one that will work with your phone.

Google Cardboard is considered one of the most affordable and accessible options, costing just $5-15, and it works with nearly any smartphone model. However, if you want a more permanent and high-end version, check out their Daydream View, which sells for around $80. It is lightweight and comfortable, perfect for long gaming sessions.

2. Attach the Headset to your phone

This step should be relatively easy, as with most of the higher end VR headsets, it’s just ‘slot and go’ – place your phone in the designated space. However, if you have opted for Google Cardboard Kit, you’ll need to assemble it in steps – download the instructions online.

Now that you have your headset attached, it’s time to install virtual reality software onto your mobile phone. Each of the different hardware options comes with its own software or app, so have a look online for the correct apps to install.

Once you have the software installed, you can start searching for fun games and videos. YouTube has a huge library of 360-VR videos, and you can also check out Vrse and Fulldive VR for even more free content. Getting used to your headset can take some time, but once you have mastered the buttons and head movements needed to control your VR environment, you’ll have a blast.

VR is the next level of entertainment Are you ready to advance to the next level of entertainment and take a step (or a jump) into the future of mobile games? VR technology for your smartphone will open up a whole new world of fun to you and your friends.