Read and Learn; 7 Ways of How to Save Money in College

How Much CBD Can the Body Absorb

7 Legit Ways to Borrow Money Online Instantly as a Millennial

How to Save Money on Your Holiday

How to Know When It's Time to Hire a Procurement Expert 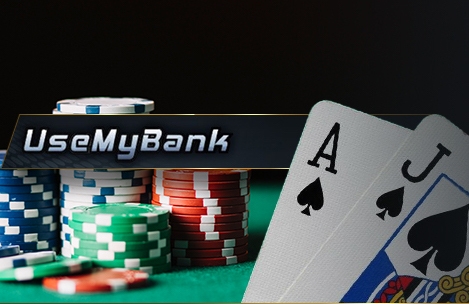 However, the sharp-minded business duo of Luso and Crozier were not your average basement project, hoping to turn and idea into a fortune. They had already created a firm called UseMyBank, a Toronto-based financial services provider catering specifically to internet users and e-merchants. UseMyBank allows internet customers to purchase online and pay directly from their bank accounts, with no other step in the process.Who could ever forget the controversial clash on Dragon’s Den, the Canadian version of Shark Tank, between two incredible entrepreneurs in Joseph Luso and Brian Crozier and the ‘dragons’? In an epic clash of wills, the two sides walked away with nothing to show on either side, except the same sentiment that the other had made “a big mistake”.

UseMyBank is safe, simple and fast, and is winning over Canadian internet users by the boat load, especially those Canadians that enjoy a bit of online gambling. UseMyBank currently has deals with the vast majority of Canadian banks and financial institutions, allowing UseMyBank to appeal to a very broad swath of the Canadian public.

What Happened on Dragon’s Den?

Prior to their ill-fated appearance on Dragon’s Den, Luzo and Crozier had grown UseMyBank from a national service to an international one, with banks in over a dozen different countries getting on board. However, the pair was looking to go even bigger, and expand UseMyBank to a global online financial platform.

Enter the CBC Television business investment and ‘reality’ TV show Dragon’s Den, which the pair thought could be the perfect platform to raise the necessary capital for their expansion goals. If you’ve ever watched an episode of Dragon’s Den, you know that, in order to get on the show, you need a pitch. Some of these have been quite wacky, other unrealistic, many ending in tears and ashes.

However, UseMyBank was already a well-established concern, what could the pitch be in their case? Quite simple really, a C$1 million cash injection that the Luzo Crozier team referred to as ‘acceleration capital’. In exchange for the relatively substantial investment, the pair was willing to offer any Dragon’s Den investors a 5% stake in the business.

The pitch went well, and virtually all of the dragons were interested in investing. However, they were not happy with a mere 5%, they wanted a heftier 40% share of the business. In their minds, given the current economic situation, finding a quick one million wasn’t going to be easy if the duo tried other avenues. It seemed like the two would give in to the dragon’s high demands, but they were wrong.

In one of the most stunning replies ever witnessed on Dragon’s Den, Luzo and Crozier turned down the offer. In fact, you may remember Luso saying: "I like the million, I just don't like the valuation,".

From Dragon’s Den to Payment of the Future

Being the first company to ever turn down a cool million-dollar investment from the dragon’s put UseMyBank on everyone’s radar, not just in Canada, but all over the world. Even though the duo were invited back to the show, the continuing success of UseMyBank had little to do with that show. The fact of the matter is that USeMyBank is a good service, and is a service trusted by millions of Canadians and other internet shoppers around the world.

Perhaps somewhat surprisingly, UseMyBank became an extremely popular internet payment option with casino gamers, both in Canada and elsewhere in the world. Casino gamblers are always looking for the fastest and the safest way to get their money in to a casino and, more importantly, get their money out again.

However, for casino gamblers and online sport bettors, UseMyBank offers another service, called UseMyFunds. Based on connecting online banking to the service provider, UseMyFunds allows online casinos to quickly and easily accept payments from players that fund their casino accounts directly from their online banking accounts. As UseMyBank (also known as UseMyServices) like to say: “online banking….super-charged!” The beauty of the UseMyFunds service is that you don’t have to worry about uploading your credit or debit card details to an online third party. Even better, you don’t even need to set up an account with UseMyFunds in order to use the service. As long as your bank is one of their connected banks, you’re in business and can transfer funds to and from your casino account, quickly, safely and easily.