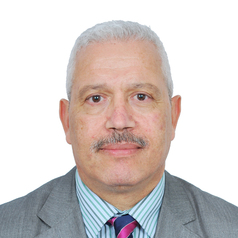 Across the world, COVID-19 has completely disrupted lives. This includes the activities and social affairs within households.

I wanted to explore how exactly it had affected gender roles, and the relationship between women and men, within households in Morocco. Morocco is basically a patriarchal society – laws codifying gender relations are based fundamentally on the supremacy of the male head of the family, considered the main provider and decision maker. Women’s lives, choices and mobility are controlled by the male members of their families.

Despite progress made at closing the gender gap in education, women are yet to reach decision-making positions, in the private and the public sphere.

In a new study I wanted to explore how COVID-19 affected women and gender inequities.

I found that the pandemic has burdened women with more housework and duties at home, and that violence against them has risen. This is particularly the case among working-class women and housemaids, who are more vulnerable.

Reforms in education, legislation and law enforcement are key to changing this.

For this study, I carried out an extensive literature review, which included an examination of official documents and previous research on women and gender. I also undertook some fieldwork between April and December 2020 in the region of Fès. This is the third largest province in the country, with a strong informal economy led by women. I carried out interviews with 40 people (25 women and 15 men) to understand the obstacles they had encountered during the pandemic.

To mitigate the spread of the new coronavirus, for a few months in 2020 and again in 2021, the government implemented various lockdown measures including the closure of airports, schools, cafes and mosques. It also enforced stay-at-home orders and set up curfews.

As a result of these measures, I found, there were job losses. This was higher for women (17.5%) than for men (15.1%). Most affected were women working in the service industry – such as the tourism industry, cafés and restaurants, which all have a high female employment rate. Also affected was the informal economy, which includes women who were self-employed, small-scale producers and distributors of goods and services, and domestic workers.

To control the pandemic and support those who had lost their incomes, the government established the Coronavirus Management and Response Fund. The fund was valued at over US$3 billion. But fewer women than men have benefited from the government’s aid, as it was mainly directed to male heads of households. It’s typically the male head of the family who registers for support.

Increased domestic tasks as a result of school closures and lockdown measures have disproportionately affected women, who already carry out the majority of unpaid domestic work. Moroccan women devote 38% of their free time to domestic work, compared to just 5% for their male counterparts. In this sense, the pandemic has further relegated women to the domestic sphere and increased violence against them.

In relation to gender-based violence, I found several reports showing that it worsened during the pandemic. A survey by Mobilising for Rights Associates, an NGO working to promote women’s human rights, revealed a rise in violence against women and girls during the pandemic. Collaborating with 16 local women’s NGOs, between April and May 2020, the survey (of 159 women) found that one in four women suffered from physical violence. The study also flagged psychological violence as another predominant form of violence and that husbands were the main perpetrators.

According to a recent report by the Higher Planning Commission in Morocco – an independent government statistical institution – 25% of Moroccans experienced conflict gender relations with the people with whom they have been confined.

Women’s health has been affected in other ways. The lockdown reduced women’s access to healthcare due to limitations on mobility imposed by the confinement measures. For instance, 30% of women could no longer visit reproductive health facilities.

The Higher Planning Commission also found that women were more at risk of contracting the virus because a large number of them do frontline care and service work. In Morocco, women represent 58% of the medical workforce and 67% of paramedical personnel, such as nurses and technicians.

Policymakers must take these insights into account when making policies for economic recovery. They also show us that reform is needed to cater for women’s rights, justice and inclusion.

There needs to be recognition and value of women’s care work and the redistribution of this load within families. This should be done through state policies. For instance social policies should be redesigned so that they guarantee equality and a fair division of domestic labour and care.

In Tunisia, for example, the patriarchal Islamic family code has had successive reforms. The most recent one pushes men to do their share of the housework and has fostered women’s access to the labour market. This shows that a gender equality-based model of family law can be successfully integrated into the Muslim culture.

Women working in the informal sector must also be provided with suitable safety nets, such as healthcare and social security. The government recently launched a project which aims to generalise social protection. This is a good move, but the government must ensure that women benefit from it.

Importantly, recovery must lead to a more equal world that is more resilient to future crises.