U.K. economic activity grows below expectations in May, output likely picked up in remainder of Q2 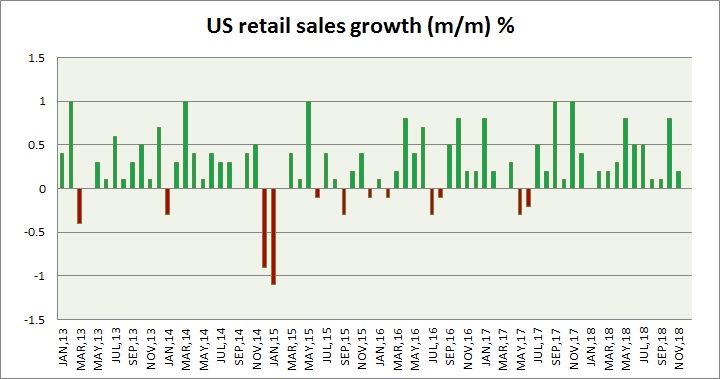 U.S. retail sales statistics for the month of December will be released at 13:30 GMT, today.

Why retail sales and U.S. consumers are important?