US: Biden administration in talks with Australia for nuclear-powered submarines, report says 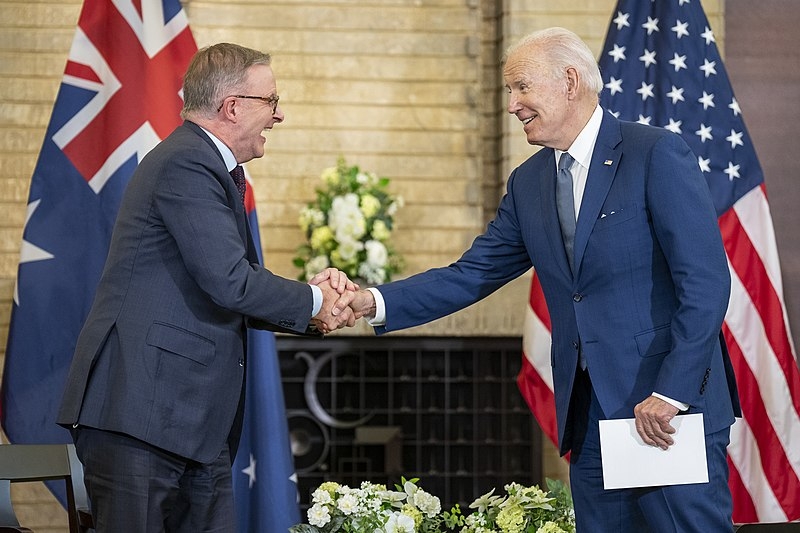 The Biden administration is reportedly in talks with Australia to build its first nuclear-powered submarines. The talks come as Australia is boosting its defense spending amidst a time when China is ramping up its presence in the Indo-Pacific.

In a report by the Wall Street Journal Friday last week, Western officials familiar with the matter said the United States is in talks to build Australia’s first nuclear-powered submarines. The newspaper said the idea was for the US to provide Australia with an initial nuclear-powered fleet of submarines that could spend a longer period underwater by the mid-2030s.

The reported talks come as Australia is looking to boost its defense spending at a time when China is asserting its presence in the Indo-Pacific region.

In a joint statement, the US, the United Kingdom, and Australia marked the one-year anniversary of the AUKUS security pact, saying that they made progress in Australia acquiring a nuclear-powered submarine.

The security alliance is seen as an effort by the three countries to push back on China, especially as Beijing has ramped up its military presence in the contested South China Sea and close to the island nation of Taiwan.

“We are steadfast in our commitment to Australia acquiring this capability at the earliest possible date,” said the statement.

In other related news, White House Press Secretary Karine Jean-Pierre said Saturday that the ruling in Arizona to enforce the state’s abortion ban will lead to “catastrophic, dangerous, and unacceptable” consequences for women. This follows the ruling by a judge in the state that the 1901 ban on nearly all abortions can be enforced after it was blocked for nearly 50 years.

The decision would force survivors of rape and incest to bear the children of their assaulters, and health care providers could face up to five years in prison for providing the procedure.