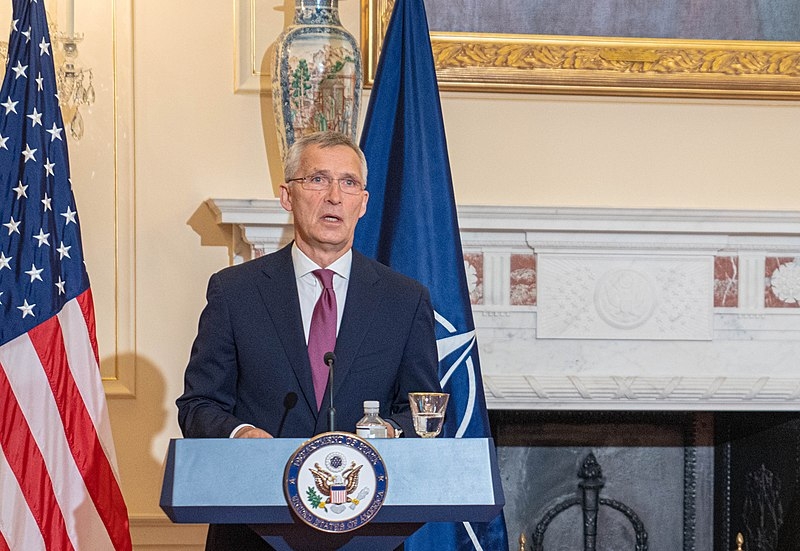 NATO Secretary-General Jens Stoltenberg said China should pose a security challenge for the alliance. Stoltenberg cited Beijing’s cooperation with Russia throughout the war and its comments against NATO expansion as reasons to designate China as such.

In an interview with Reuters on the sidelines of the UN General Assembly in New York, Stoltenberg said China poses a security threat to the alliance due to its relations with Russia and its comments against NATO’s expansion.

“The sum of it all just increases the importance of NATO allies standing together and realizing that China is part of the security challenges we need to face today and in the future,” said Stoltenberg.

Stoltenberg also condemned Vladimir Putin’s threat to the West about using nuclear weapons following Russia’s losses in Ukraine in recent weeks. The NATO chief said the 30-nation alliance will remain calm and not engage in the same “dangerous and reckless” rhetoric as the Russian leader.

“The only way to end this war is to prove that President Putin will not win on the battlefield. When he realizes that, he has to sit down and negotiate a reasonable agreement with Ukraine,” said Stoltenberg.

Stoltenberg said the order by Putin to partially mobilize reserve troops would only escalate the war and cost more lives. However, the NATO chief added that the order for a partial mobilization was an indication that Putin made a “big mistake” in invading Ukraine back in February.

The alliance on Thursday issued a statement condemning Russia’s plans to hold referendums in Russian-occupied territories of Ukraine while calling on its member countries to reject Moscow’s attempts of “territorial conquest.”

“Sham referenda in the Donetsk, Luhansk, Zaporizhzhia, and Kherson regions of Ukraine have no legitimacy and will be a blatant violation of the UN charter,” the alliance said in a statement, adding that NATO allies will not recognize the “illegal and illegitimate” annexation by Russia of Russian-occupied Ukrainian territories.

The referendums to join Russia by the occupied regions are set to take place from Friday to Tuesday next week.