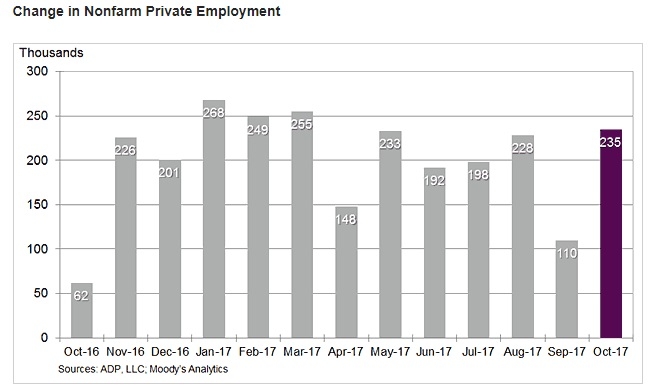 Today ADP employment numbers were released from the US for the month of October.

There are two things to note in the headline that,