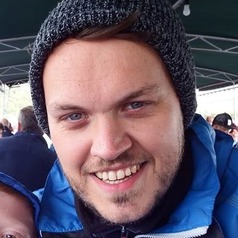 Donald Trump has hit out again at the British ambassador to Washington, Kim Darroch, following the leak of highly critical diplomatic cables about the White House and the president.

In another Twitter outburst, Trump criticised the UK’s handling of Brexit, adding: “I do not know the Ambassador, but he is not well liked or well thought of within the US. We will no longer deal with him.”

The latest turn in the UK-US “special relationship” is a useful reminder that transatlantic relations between Theresa May’s government and the Trump administration remain rocky, even after Trump’s successful state visit to the UK in June.

This new spat in US-UK relations came after sensitive diplomatic cables were leaked to the Mail on Sunday newspaper, in which Darroch warned senior diplomats that Trump was “inept”, “insecure” and “incompetent”, and that his White House was “uniquely dysfunctional”. In one of the most sensitive documents, Darroch admitted:

The leak of confidential cables – now subject to an internal investigation – is damaging for Britain’s diplomatic relationship with Washington, putting the British government in an awkward position.

The British foreign secretary, Jeremy Hunt, said it was important for diplomats to share frank views, even if he disagreed with Darroch’s assessment, adding that he would keep Darroch in post. Boris Johnson, Hunt’s predecessor as foreign secretary, and rival for the Conservative leadership, has declared his “good relationship” with Trump – though remained silent on whether he would keep Darroch in place.

Former head of the Foreign and Commonwealth Office, Peter Ricketts, rightly observed that the real scandal isn’t Darroch’s reading of the situation, but the fact that: “Someone inside the British system deliberately amassed a stash of his assessments, then chose the moment of maximum impact to leak it.”

In diplomacy, speaking truth to power is vital. Ambassadors and officials around the globe share their frank assessments about their host countries, but few are leaked resulting in diplomatic faux pas. But for all the hype – and suggestions that Darroch should be removed early – US diplomats have been just as critical of the UK.

Among the 250,000 classified US diplomatic cables released by the whistleblowing website Wikileaks in 2010 were criticisms of UK foreign and defence policy, and even gossip about British MPs. US commanders noted that UK forces had failed to secure Sangin, Afghanistan, while a one-time Labour minister was described as a “bit of a hound dog where women are concerned”.

The leaks also showed that US ambassador Louis Susman told the State Department about private remarks made by then-governor of the Bank of England, Mervyn King, that Conservative Party leader David Cameron and shadow chancellor George Osborne had a “lack of depth”. Susman said both relied on a small circle of advisors and thought of issues “only in terms of politics, and how they might affect Tory electorability (sic)”. US president Barack Obama even thought Cameron was “lightweight”.

But the most critical comments were reserved for Gordon Brown’s troubled premiership. In a cable in March 2008, following Labour’s spring conference in Birmingham, Susman’s predecessor, Robert Tuttle, reported that Brown’s vision of an economy for the future fell flat. Activists had little “enthusiasm” with a general “lack of energy”. According to Tuttle, the only excitement was when David Miliband, then foreign secretary, appeared as hundreds of Labour students “clearly idolized him”.

In July, following a surprise by-election defeat to the Scottish National Party in Glasgow East, Tuttle cabled Washington: “As Gordon Brown lurches from political disaster to disaster, Westminster is abuzz with speculation about whether he will be replaced as prime minister and Labour party leader.” He went on: “Brown’s leadership of the party, and his premiership, may now be beyond repair.”

While relations between the UK and US improved in the short term, within months, US assessments of Brown’s premiership quickly went downhill. By April 2009, the embassy believed: “That any Labour politician with his or her eye on the future would be willing to take on the sinking ship that is the current Labour Party”, which needed a “process of rebulding”.

Response to these Wikileaks revelations in London were relatively muted compared to the furore over the latest story – partially, as Labour was no longer in power. Cameron, now prime minister, was also eager not to rock the boat – later describing US-UK ties as “essential”. Downing Street officials condemned the leaks, citing national security, but refused to comment on particular examples.

While certainly embarrassing, revealing what US diplomats really thought about their allies, strong US-UK ties remained following the publication of the Wikileaks cables. As former UK ambassador to Washington Christopher Meyer wisely observed in 2010, shortly after the story broke, the leaks made little “difference at all” in day-to-day relations – a comment that has some validity today.

In diplomacy, being honest matters. While the “special relationship” is important, it shouldn’t restrict criticism of Trump or the White House. After all, what Darroch said was probably true – the problem is he was caught saying it. For all Washington’s upset at the comments, US diplomats have been critical of the UK, too. Frankness is what makes the relationship special.