FxWirePro:GBP/NZD drops to intra-day low after shying away from 1.9190 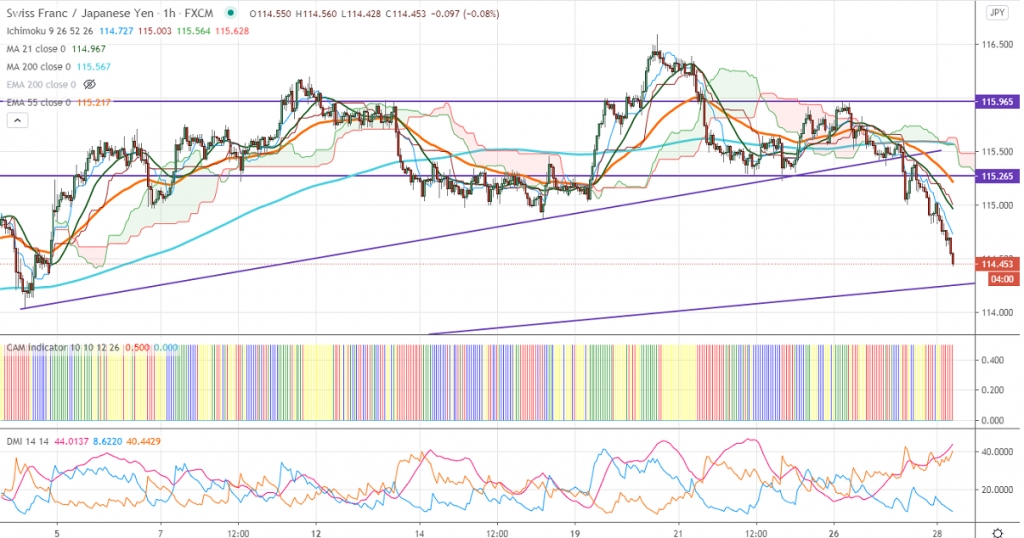 CHFJPY is trading weak after forming a minor top around 116.58 and lost more than 200 pips on the weak Swiss franc. The Swiss franc has started to decline after SNB's Jordan mentioned a willingness to intervene in the Fx market. USDCHF has broken significant resistance 0.9100 and this confirms intraday bullishness. A jump till 0.91650 likely. The intraday trend of CHFJPY remains bearish as long as resistance 115 holds.