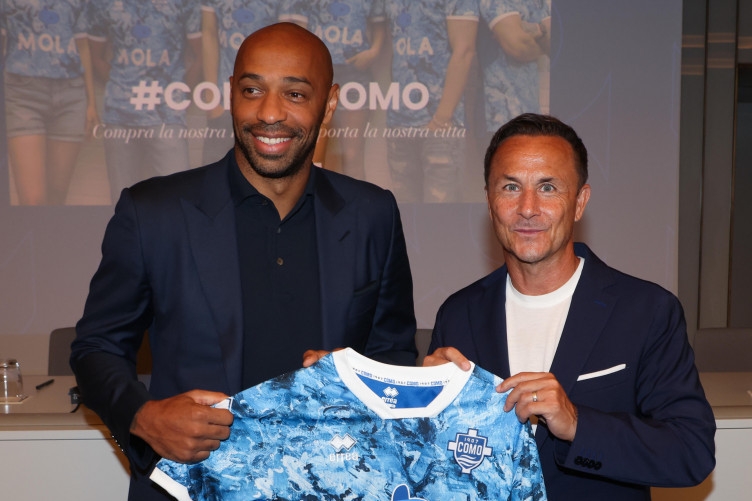 Retired French icon Thierry Henry was revealed as a new shareholder of ambitious Italian Serie B club Como, at a news conference alongside CEO and former Chelsea captain Dennis Wise.

Como, owned by Indonesian tobacco giant Djarum, is targeting a return to Serie A for the first time since 2003.

Wise refused to reveal any details about Henry's role at the club, or how much money Henry had invested to become a shareholder.

According to Wise, his stake in the club was "private."