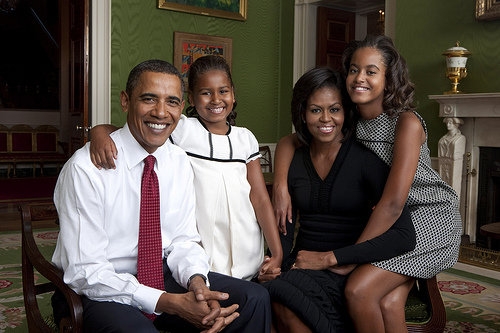 Barack Obama might no longer be working in the Oval Office but that does not mean that the former president and his wife Michelle Obama are out of the limelight. In fact, rumors about the two divorcing have been going on for years now with the latest one claiming that divorce papers are finally out.

The most recent divorce story came out from Globe magazine, according to Gossip Cop. The tabloid claimed that Barack and Michelle Obama are ready to call it quits after “a series of nasty fights.”

Michelle was reportedly already cooking up the divorce papers but Barack was way ahead of the game. “Michelle had divorce papers drawn up by her lawyers, and the word is Barack has taken things a step further by serving Michelle with papers of his own,” a tipster told Globe.

While she was understandably shocked at the sudden turn of events, she wants to get even by getting the most she can out of the situation. “She was shocked, as you can imagine but now she’s conspiring with her lawyers to squeeze Barack for as much money as she can,” the supposed tipster added.

“But he’s refused Michelle’s demands for alimony,” the suspicious insider added. For Barack, his wife’s demand is “ludicrous” since she has a law degree and has written a best-selling book so she can clearly support herself.

Globe also noted that Barack Obama was spotted in Germany and New York City last October without wearing his wedding ring to support the article’s claim that there’s trouble in their marriage. Similarly, the publication likewise noted that Michelle wasn’t wearing her ring as well in the Instagram photo she took while working out.
“When you take off your wedding ring, it’s a symbol you’re single,” Globe quoted body language expert Susan Constantine, perhaps in a bid to add credence to its narrative of a troubled marriage. “They both want everyone know, ‘Hey, I’m available.’”

However, Gossip Cop is not convinced of Globe’s story at all as it’s easy to explain why both Barack and Michelle took off their rings at one point. According to the fact-checking site, the former president “frequently takes off his ring during public events to avoid having anything happen to it while he’s distracted shaking hands.”

Similarly, Michelle only took off her ring temporarily because she was lifting weights and did not want to damage the ring or her fingers. It’s also worthy to note that both Barack and Michelle have been seen wearing their rings back on afterward. Furthermore, there were no hints of tension between the two when they hosted an event.

Gossip Cop warned that Barack and Michelle Obama's divorce rumors have been going for years now and where have been debunked each time. The site has been keeping tabs on the topic and the earliest reports appeared in 2017.

Radar Online reported back then that Barack wanted to “cut loose and party” without Michelle. The report even added that he “kicked wife Michelle to the curb” and “yanked off his wedding ring.” The fact that the couple remains married to this day is proof enough that there’s no truth to this story as well as similar rumors that came after it.