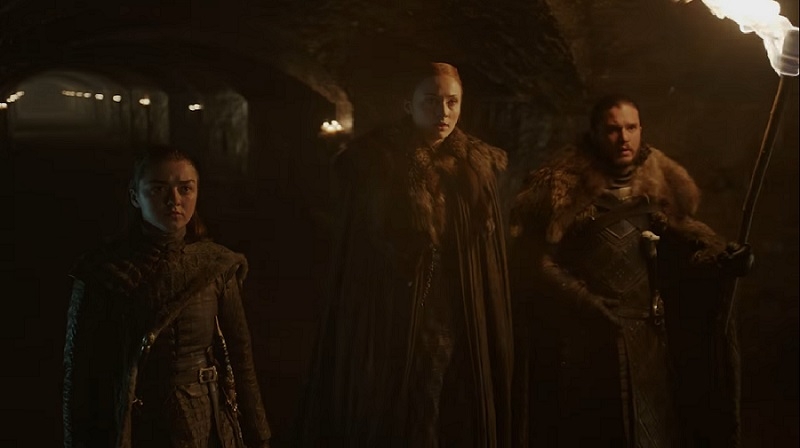 George R.R. Martin ended 2018 with the promise that finishing “The Winds of Winter” is his current top-priority. However, a recent fan theory suggests that his effort might still not be enough to launch the book before the premiere of “Game of Thrones” season 8.

HBO recently announced that “Game of Thrones” season 8 will start airing on April 14, which is just about three months away. Reddit user u/tasteandtest suggested, based on Martin’s “The Winds of Winter” updates in early 2016, that he might need at least six more months to finish the book.

Martin admitted in January 2016 that he had missed two “The Winds of Winter” deadlines. He revealed that, in May 2015, he promised the publishers and thought he could deliver “the completed manuscript” by Halloween 2015.

Upon realizing it cannot be done, he reportedly asked his publishers in August 2015 to extend the deadline for “The Winds of Winter” until the end of 2015. Drawing from Martin’s initially requested deadlines, Reddit user u/tasteandtest explained that it is possible there are only “6 months work left to do” for “The Winds of Winter.”

Last November, Martin told the Guardian that the launch of “Fire and Blood” has allowed him to prioritize “The Winds of Winter” again. Then he wrote last Dec. 10, “I am back in my fortress of solitude, and back in Westeros. It won’t be tomorrow, and it won’t be next week, but you will get the end of ‘A SONG OF ICE AND FIRE.’” This means that a book launch before the “Game of Thrones” finale happens is unlikely if the Reddit post accurately predicted the amount of work left for “The Winds of Winter.”

Martin might have also hinted that “Game of Thrones” season 8 will precede the release “The Winds of Winter” in the same blog post. The author advised fans that they have “a few other cool things” to look forward to while waiting for the book. “You have the final season of ‘GAME OF THRONES’ coming, and the new show that is not yet officially called ‘THE LONG NIGHT’ being cast, and a couple more shows still being scripted,” Martin added.