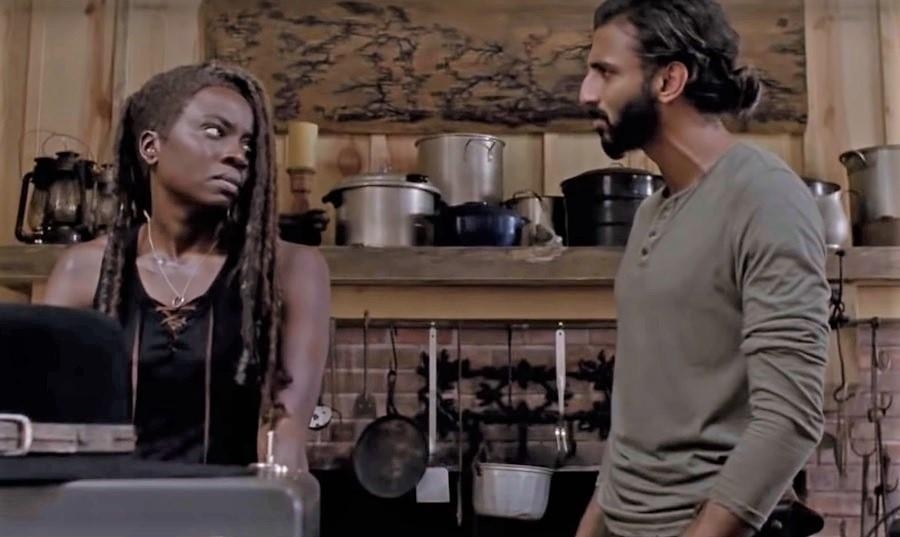 “The Walking Dead” Season 9 Episode 9 will kick-start the second half of this year’s installment and it will pick up directly where it left off. Daryl (Norman Reedus), Michonne (Danai Gurira), and a few loyal members of the Alexandria community is currently surrounded by Walkers.

But what really makes the protagonists’ situation dire is the presence of The Whisperers who are hiding among the undead. Jesus (Tom Payne) has already perished from their collision and it’s unclear if more people will die in the hands of this twisted cult. However, the party will eventually deal with their predicament and will even capture a member of this faction. This member is named Lydia (Cassady McClincy) and will play a part in the collapse of the deranged group.

In the comics, Lydia forms a bond with Carl (Chandler Riggs) although she denies his advancement when he starts falling for her. The background of the character is also depressing since Alpha, her mother and the leader of The Whisperers, let people have their way with the girl. There’s still no confirmation that this will transition into the show but it will certainly add more layer to the character if the writers decide to slot it in. Meanwhile, there’s still confusion as to who Lydia will start connecting when she’s brought to Alexandria in “The Walking Dead” Season 9 Episode 9.

Henry (Macsen Lintz) is one of the characters that is speculated to fill this role given he’s the same age as Carl in the comics. It would certainly fit well with the narrative and would add some layer into Henry’s personal story. There’s also the chance that Henry will die during the second half of this installment given he isn’t a major character. His death could then fan the conflict between the people of Alexandria and The Whisperers, with Lydia at the center of it all. Whatever the case, Lydia will definitely become a hostage in “The Walking Dead” Season 9 Episode 9 as was seen in the trailer. The second half will return in February 2019.