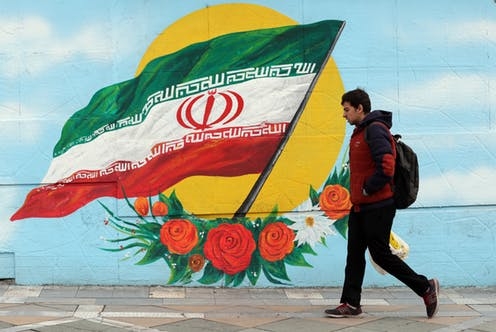 An Iranian boy walk past next to a wall painting of Iran’s national flag in a street of the capital city of Tehran, Iran, in early January. Abedin Taherkenareh/EPA 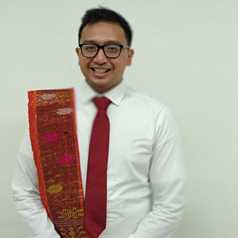 The bitter US-Iran relationship has been going on for decades, but the tension between the two countries has started to escalate to a critical point after the assassination of General Qasem Soleimani, the head of the Iranian Islamic Revolutionary Guard Corps (Quds Force).

Iran retaliated against the assassination of Soleimani, considered one of its influential figures, with missile strikes on Iraqi bases housing US troops on January 8. The Muslim country also announced it ended its commitment to limit the development of its nuclear programs. The conflict has even taken an unexpected turn with the downing of a commercial plane by an Iranian missile.

As tensions rise between the US and Iran, Indonesia, with the world’s largest Muslim population, is expected to face no political impacts from this conflict due to its minimal involvement in the region.

However, Indonesia needs to be prepared for the conflict’s impacts on oil prices and the national macro economy.

Staying neutral in the Middle East

Middle Eastern politics has been marked by the continued struggle for influence between Saudi Arabia and and Iran. Most people tend to see the conflict as revolving around both countries’ different religious values. Iran represents moderate Shia Muslims and Saudi Arabia Sunni Muslims.

But the conflict is more than that. Both Iran and Saudi Arabia have engaged in various conflicts due to their different political stance on the US and the West’s influence over the region.

The US came to the region for the oil. Before the Iranian Revolution in 1979, both Iran and Saudi Arabia were close allies of the US. The US helped to provide national security facilities in both countries.

However, right after the revolution, the Iranian position changed dramatically to oppose the US presence in the region. The revolution was also a response to economic inequality under the regime of Shah Mohammad Reza Pahlavi, who was known for his westernised ideas. The result of the revolution was the birth of an anti-American and anti-Western Islamic republic.

Meanwhile, Saudi Arabia decided to strengthen its alliance with the West, mostly the US. This can be seen in its stance in the Gulf War and Syrian civil war.

Amid conflicts and political rivalry in the Middle East, Indonesia always maintains a neutral position. Despite being the largest Muslim population, Indonesia manages to avoid any major confrontation and play safely between conflicting countries in the region.

Right after Saudi Arabia’s King Salman visited Indonesia in 2016 as part of his tour to Asian countries to promote Saudi Arabian investment, Indonesian President Joko “Jokowi” Widodo visited Tehran, Iran, in the same year in an attempt to stay neutral in the Iran-Saudi conflict.

Indonesia’s minimal involvement in Middle Eastern politics follows the country’s free and active international relations policy. Under this policy, this largest archipelago nation makes domestic issues a priority while actively promoting peace to the world. Indonesia is part of the International Peacekeeping Force.

Looking at the above precedents, Indonesia will most likely stay away from the US and Iran conflict.

Indonesian Foreign Minister Retno Marsudi only summoned both ambassadors in Jakarta to encourage the two countries to ease the tensions. However, there will be no further coercive measures from Indonesia in response to this conflict.

Interfering in foreign conflicts is not one of Indonesia’s 2020 foreign policy priorities.

When the country addresses international issues, it is mostly motivated by national issues. This is evident in Jokowi’s speeches in international forums. They are mostly rhetoric to attract foreign investment and avoid taking a stand on issues such as the South China Sea crisis or the repression of the Rohingya in Myanmar.

Indonesia has established good relations with both Iran and the US and has no interest in putting these at risk.

One thing Indonesia should prepare for in relation to the Iran-US conflict is a rise in oil prices.

Oil-producing countries are mostly in the Middle East and when conflicts erupt in the region oil production may drop with production facilities being disrupted.

If the price keeps rising, Indonesia will have to revise its annual budget.

The weakened rupiah will later affect national expenditure. Finance Minister Sri Mulyani has warned about the possible effects of the conflict on the archipelago’s economy.

Even though Indonesia will not be involved in the tension, Indonesia must anticipate the impact on its macro-economy. By minimising interference, Indonesia has been on the right path to secure stability in its own region along with enhancing a peaceful approach to the situation.