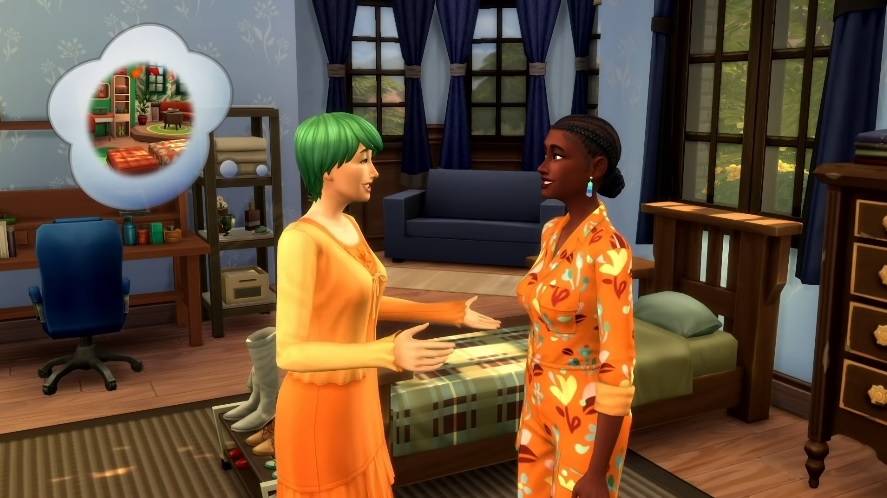 Following a very detailed leak, Maxis and EA announced an event for Tuesday where the rumored wedding-themed Game Pack for “The Sims 4” will be announced. And a rumor suggests wedding planning and all other related activities could be available as soon as next week.

The Game Pack announcement will be available to watch on YouTube on Tuesday, Feb. 8, at 8 a.m. PST. The thumbnail for the video stream is, of course, a wedding invitation.

Getting married is going to be a bigger deal in the game as the developer is reportedly working on a wedding-themed pack that would also introduce a new world called Tartosa. The details came from Twitter user Britney Lunar, who provided a roughly translated description of the “The Sims 4” Game Pack. It is expected to be titled “My Wedding Stories,” which is fitting because the pack is described as giving players the chance to plan an entire wedding.

It appears that the wedding ceremonies, rehearsals, and receptions could be taking place in a new world in “The Sims 4.” The leaked Game Pack description mentioned a location called Tartosa. For now, though, the only detail mentioned about the world is that it makes “anything [become] romantic.”

The same source also shared four alleged screenshots from the upcoming Game Pack, showing its potential key visual. From these images, “The Sims 4” fans may notice different types of venue options, such as a more traditional chapel wedding and a ceremony by the beach.

Players may also be able to honor different wedding traditions, as one of the leaked screenshots shows a Hindu wedding. Two images also hint at a new hairstyle that features a modern take on wedding veils.

One of the most important experiences in planning a wedding is the bride’s wedding dress selection, which the leaked description suggests is included in the upcoming “The Sims 4” Game Pack. The leak also hints at a number of pre-wedding activities, including cake tasting, an engagement dinner, choosing flowers and decorations, finalizing the menu, and going conducting a wedding rehearsal. Aside from exchanging vows on the wedding day, the Game Pack will reportedly let players experience other events, such as going to the reception where the newlyweds cut the cake and hear speeches from their family and friends.

As of this writing, EA has yet to announce the next “The Sims 4” Game Pack, but it could happen any moment now. The wedding-themed pack is rumored to launch on Thursday, Feb. 17.