Atlantic City, New Jersey is home to one of the most iconic boardwalks in the United States. First established back in the 1800s as a health resort for wealthy Americans to visit and breathe the fresh sea air into their lungs, the city is now renowned for its luxury businesses and hotels. Atlantic City is in fact so iconic, that some of the city's most famous locations can even be found recreated online. If you're familiar with the casino landscape in Atlantic City, then you certainly know that the Borgata Casino is one of the most famous, and now sites such as OddsChecker offer promotions such as a Borgata promo code for the online wing of Atlantic City's legendary casino. That being said, ‘America's Playground’ is still worth visiting in-person if you get the chance, with its grandiose shopping malls and picturesque hotels. Here, we're taking a look into the business boom that made Atlantic City what it is today.

Initially home to the Lenape People, Atlantic City or A.C., as it is commonly known, began to resemble what we know it as today when it was developed into a resort town in the mid 1800s. It was deemed as prime real estate by developers due to its location, nestled on both sides by the Atlantic Ocean. In 1853, the first hotel was built. The following year, Atlantic City was granted city status. Soon after, a train service was built connecting A.C. to the Camden and Atlantic Railroad. And from there on, the boom began. 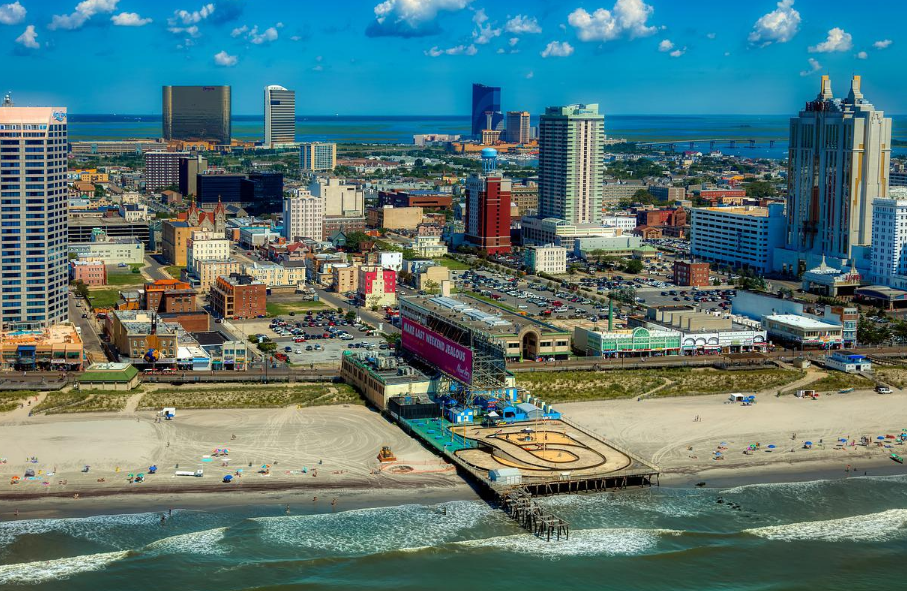 The boom really began during the first few years of the 20th Century when most of the small boarding houses scattered alongside the city's iconic boardwalk were demolished and replaced with grandiose hotels, with most of these venue's owners competing amongst each other to build the bigger and ever more luxurious destinations. Rather quickly, the boardwalk evolved from being a small and quiet domestic area intended to keep the sand out of hotel lobbies, to one full of large and dazzling hotels such as the Brighton, Chelsea, Shelburne, Ritz Carlton and Madison House.

During the 1920's, Atlantic City became known as The World's Playground due to the lavish parties the city offered to its many tourists and residents, and by the end of the decade Atlantic City was rapidly becoming the most popular tourist destination on the East Coast during the summer months. Everything lavish, luxurious, and entertaining was encouraged – with the city aiming to be a place where Americans could forget about their day-to-day lives back home and live out their wildest fantasies. And this ‘American Dream’ only continued in the 1930s, as nightclubs such as the 500 Club, the Clicquot Club, and the Jockey Club opened their doors. The large black population in the city also saw a rise in countless Soul Food restaurants and rib joints, making the city a culinary destination to boot.

The 1980s saw further developments in Atlantic City with the legalization of casinos, and a massive increase in real estate development. Moguls, such as Donald Trump, swooped in on the city and began developing properties, casinos, and hotels across the length and breadth of A.C. Trump also made sure that some of the biggest boxing bouts of the 1980s took place in Atlantic City as another way of increasing its popularity and tourism. Mike Tyson was used as part of this drive, with the bulk of his fights during his prime taking place in the city. Towards the end of the eighties, there was also a plethora of high-rise condos built intended to be used as holiday homes or permanent residences as Atlantic City again experienced a second surge in popularity as a tourist destination. But hard times were on the horizon. 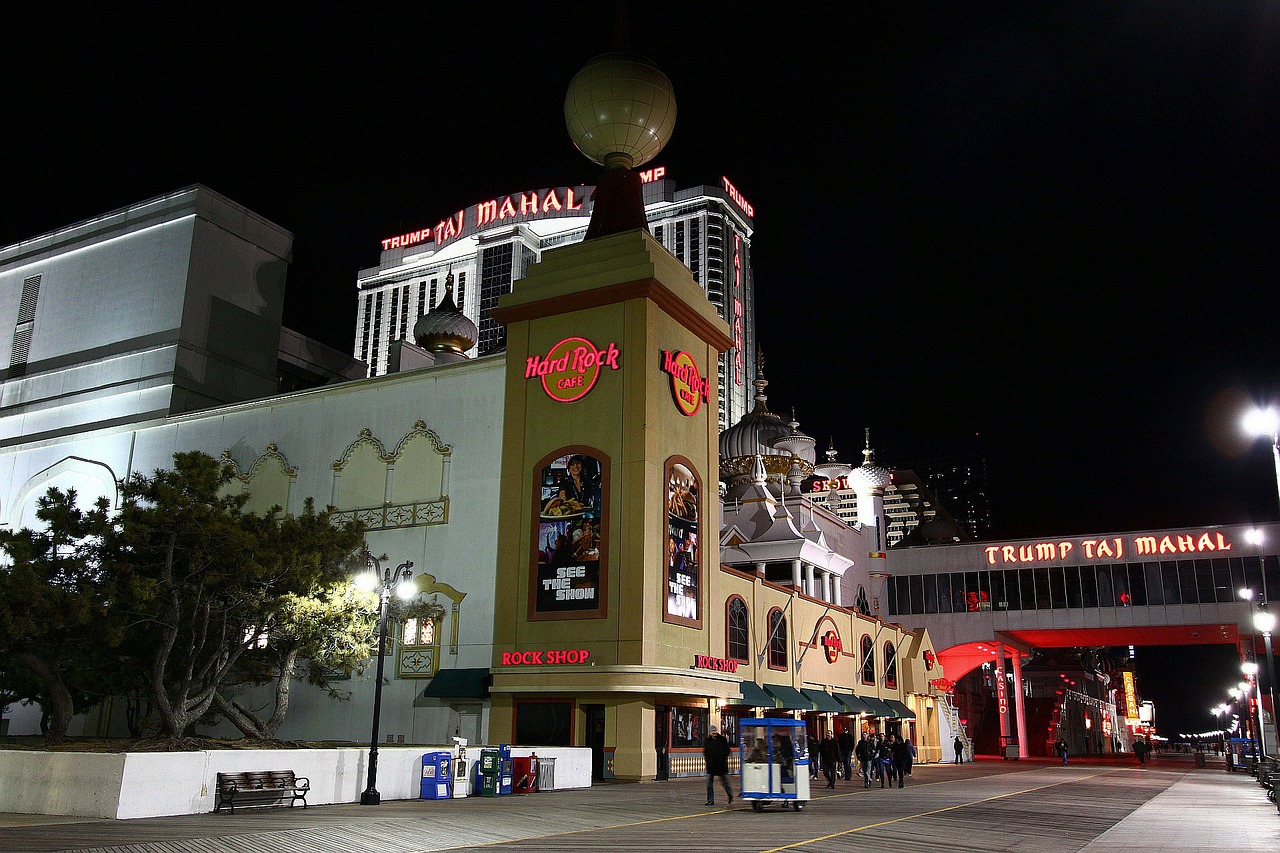 One of the greatest upticks in the city’s fortunes in recent years was as a result of some of the finest film makers in Hollywood turning their creative talents to delivering an award winning prestige TV show set during Atlantic City’s early 20th century heyday. We are of course referring to Terence Winter and Martin Scorsese’s Boardwalk Empire, a show that charts the highs and lows of protagonist Enoch Thompson, the treasurer of the city, who must navigate shifting alliances of politicians, investors and the Mafia underworld in order to bring prosperity and glamour to the metropolis. Undoubtedly this classic TV event helped remind every one of the city’s long and colorful history, and its success shows signs that the town, and its unique personal brand, is once again regenerating.

Atlantic City’s tourism began to decline with the redevelopment of the Las Vegas Strip and the opening of Foxwoods Resort Casino and Mohegan Sun in Connecticut in the 1990s. The city remains a popular destination, albeit one now less prominent than its Nevada rival. Still, the success of The Borgata Hotel, Casino, and Spa, which became the largest hotel in all of New Jersey with almost 3,000 rooms, has inspired other investors to try and reclaim Atlantic City's glory days. Over the past 100 years the city has weathered thick and thin, and with TripAdvisor listing A.C. as one of the top trending holiday destinations in the US last year another peak period may be approaching for the New Jersey hot-spot. As it moves in to the 2020s the city is once again poised to reinvent itself with new luxury hotels, a thriving culinary scene, and a huge arts community that's only getting bigger and more exciting with the African American Heritage Museum of Southern New Jersey displaying over 12,000 pieces of African American art and artefacts. The museum's owner, Ralph E. Hunter, explained to Forbes last year just what makes Atlantic City so special, saying: “There’s something that happens to you when you come into Atlantic City." And it's as simple as that. Hunter went onto comment on the healing properties of Atlantic City. From the way the salt air opens up your lungs and of how the city embodies the American Dream. How the mere city alone makes you believe that the future will be incredible. He's certainly a man of wise words and, does a great job of selling Atlantic City to the world.