‘The Curse of Oak Island’ season 7: What to Expect in the seventh installment? Something unusual going on suspected on Smith’s Cove 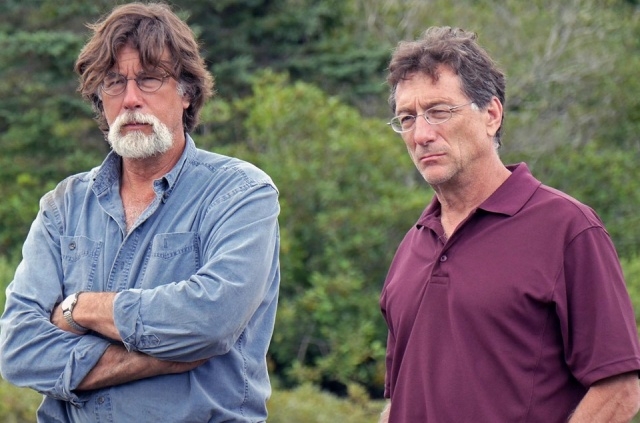 “The Curse of Oak Island” season 7 is highly-anticipated especially with all the leaked photos going around. The things that Rick and Marty Lagina have found so far on the island also made the search more exciting, and the viewers couldn’t wait to see what’s their next discovery would be.

Plus, as the navigations get wider and the diggings get deeper, people are convinced that the brothers and their crew will finally find what they are looking for. They already made great progress, and they keep finding interesting items, so everyone thinks that they are really getting somewhere in this hunt that has been going on for decades.

What to expect in the seventh season

“The Curse of Oak Island” season 7 is expected to center on the diggings of three sites where most of the great finds were unearthed. These locations include the H8 shaft, the Smith’s Cove and the swamp. Residents of the island witnessed activities around these areas, and they are even said to be building something with one already confirmed to be a cofferdam.

Moreover, while History hasn’t officially announced the renewal of “The Curse of Oak Island” season 7 when it returns, many believe that the Money Pit will finally be found. In fact, there are people theorizing that perhaps, they already found the treasures and covering up since they don’t want it to be revealed just yet.

This theory came up when Karen Publicover, the person behind the Oak Island From The Other Side of The Causeway FB page, complained that trucks were already coming in at 5 a.m. and asked what could they be doing at that time when it is still so dark. She said that she could not even take a picture because the sun is still down.

“Why in the name of heavens did they need a truck on the island at 5:05 am this morning...it was still dark so I didn’t get a picture,” she wrote. “Beautiful morning.”

Some neighbors also complained about the very early activities, but one commenter name Josh Samford hyped up the excitement when he wrote, “Could it be... Did they find the treasure and we're sneaking it out under the cover of darkness?” Of course, the answer will be revealed in “The Curse of Oak Island” season 7.

In another update on Aug. 11, Publicover further wrote that the crew who are probably working for “The Curse of Oak Island” season 7 had blocked the paths going to the Smith’s Cove so the tours can’t get in. It was suggested that something unusual must be going on in there and what it could be is a big mystery. Have Rick and Marty Lagina found the treasures or the vault?

“The Curse of Oak Island” season 7’s premiere date is not yet available. However, fans will be happy to know that they will be getting more episodes for this season to witness the mysteries on the island for a longer time.