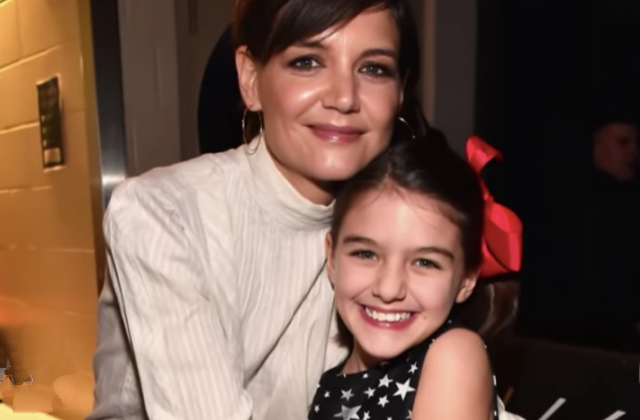 Suri Cruise is not an actress, model, or TV personality, yet she is one of those people that appears in tabloids and followed by paparazzi. There are not many stories to tell about the teenager because, as mentioned, she is not a celebrity who appears on TV or movies.

When she is on the cover of papers or online publications, what was written most about her is her fashion sense, and where she usually goes because the media can only spot her in the streets of New York when she meets her friends, shops or dines with her mom Katie Holmes.

Just last week, Suri Cruise made it to the news again after she was spotted with her mom. They seem to have gone shopping, and of course, since there is really nothing to write, they described what the mother and daughter were wearing.

In the Daily Mail report, photos and a video of Suri Cruise and her mom were posted. The two of them are casually dressed, and they were kept warm by the chilly weather in New York by their puffed jackets. They are both wearing sneakers paired with Katie’s comfortable leggings and Suri’s pink sweat pants.

Several days later, Suri Cruise was spotted again in New York, but this time, she was alone. She was wearing the same light blue puffer jacket, but this time, she paired it with baggy distressed jeans and tan classic Ugg boots. As per Footwear News, the 13-year-old seems to have an early start with what will be in the 2020’s fashion trend.

The outlet stated that Ugg boots are making its comeback, and Suri already gotten a head start. It was added that aside from these stocky pairs of shoes, heeled flip-flops and square toes will also be the “in” thing this year.

Meanwhile, Suri Cruise has yet to meet her dad again after being separated for almost seven years now. Although there were reports that they have already met and reconciled, not of those stories were proven accurate. It is believed that the father and daughter are not even talking via phone or email.