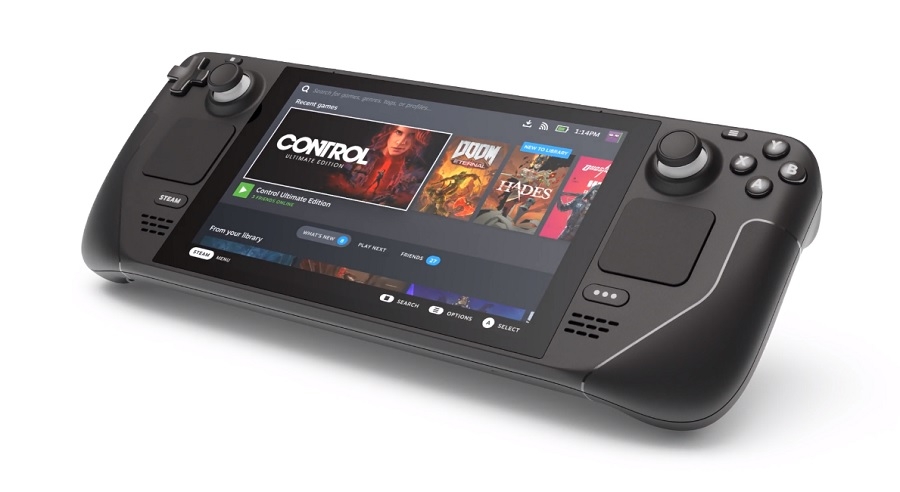 Valve’s rumored hardware has been officially announced and will be called Steam Deck. While the product is designed primarily for handheld gaming, a separate dock has been confirmed that will allow its future users to connect the device to external displays, among other functions.

Valve confirms it will sell a separate Steam Deck dock

Reports about Valve’s handheld PC gaming device, initially called SteamPal, have emerged earlier this year. At the time, sources were not so certain on how Valve is going to implement a docked mode for the device. But the announcement on Thursday, the company confirmed it is going to offer a separate Steam Deck dock.

The actual Steam Deck dock has yet to be unveiled, though. Valve has only offered an illustration on how it would prop up the portable device and what ports will be included. There are ports for HDMI 2.0 and DisplayPort 1.4 allowing users to connect the gaming device to a variety of external displays.

The array of ports also include one for USB-C, suggesting the Steam Deck can be plugged into a power source while in use. There is also a dedicated LAN port that should be useful for online gaming, as well as one USB 3.1 and two USB 2.0 ports possibly intended for peripherals, such as controllers.

Steam Deck is equipped with a 7-inch display with 1280 x 800 resolution in a 16:10 aspect ratio. However, as with the case of Nintendo Switch, connecting to an external display allows players to run games in a higher resolution.

Valve uses a custom Zen 2 APU from AMD to power the Steam Deck with up to 448 GFlops CPU and up to 1.6 TFlops GPU. It features a 40Whr battery pack that Valve advertises can run 2 to 8 hours of gameplay.

The Steam Deck runs on SteamOS 3.0, so accessing Steam accounts should be seamless. There will be three variants with different internal storage capacities with the cheapest variant having a 64GB eMMC for $399. The faster NVMe SSD is exclusive to the 256GB and 512GB models that are priced at $529 and $649, respectively. A 16GB LPDDR5 RAM is standard on all models.

Valve has yet to announce a specific release date, but the Steam Deck will initially ship to select regions, including the United States, Canada, the United Kingdom, and the European Union territories. The company promises to bring the hardware to more regions next year.