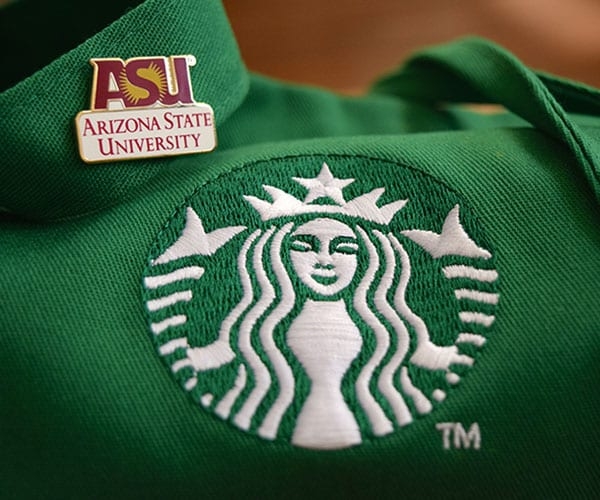 The ASU-Starbucks Center for the Future of the People and the Planet will leverage the educational institution's applied research and on-campus test stores.

Starbucks is collaborating with Arizona State University on a new research and innovation facility that would open in December 2021 on ASU's campus in Tempe, Arizona.

The ASU-Starbucks Center for the Future of the People and the Planet will leverage the educational institution's applied research and on-campus test stores, according to Starbucks CEO Kevin Johnson.

The goal is to continue reimagining in-store and digital customer experiences.

The program would also build out and open-source Starbucks' "Greener Stores" program while exploring alternative menu items, such as plant-based offerings.

Among Starbucks' ideas that support sustainability in individual stores and markets are a Seattle location with a 100 percent plant-based menu and an energy-efficient modular store in Canada.

Starbucks used to create and test new products, processes, and store design at the Tryer Center at its Seattle headquarters.

Within its first six months in operation since November 2018, over 130 projects had been developed and tested at the Tryer Center, and dozens were implemented at stores.

But anchoring an innovation center on a college campus gives Starbucks access to ground-floor research and insight into Gen Z's interests.