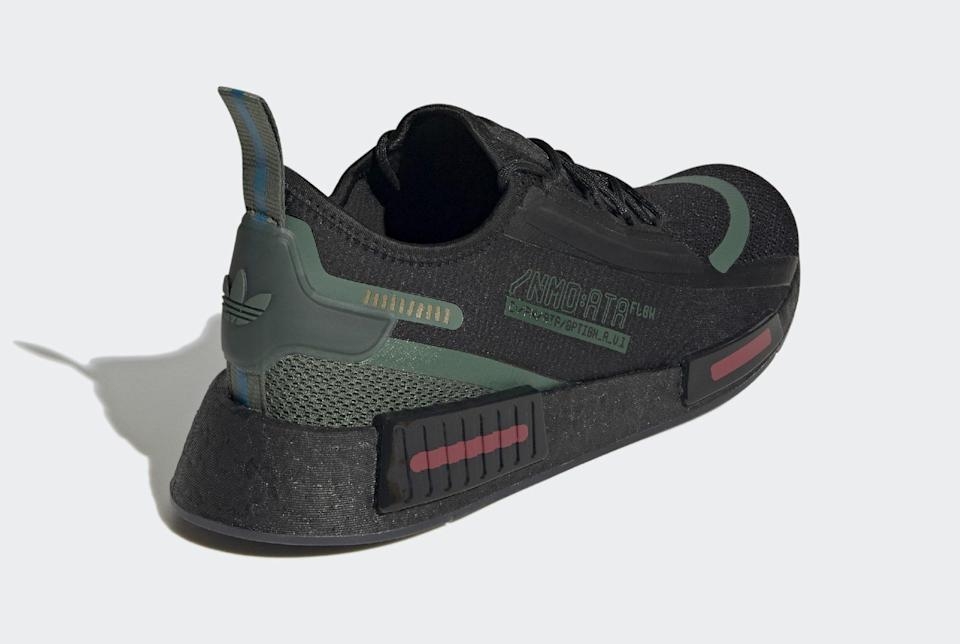 This running shoe has green accents on the Primeknit upper inspired by Boba Fett’s signature ensemble.

Adidas Originals and Star Wars have collaborated to offer the predominantly black running shoe NMD_R1 inspired by Boba Fett’s armor, which will launch before week’s end.

This running shoe has green accents on the Primeknit upper inspired by Boba Fett’s signature ensemble.

There’s also the bounty hunter’s iconic jet pack appearing on the heel counter, crest logo stamped on the tongue, and his clone number on the medial portion.

The shoe also features a black Boost-cushioned midsole and a matching rubber outsole.

Adidas noted on the product description that the shoes were made in collaboration with Disney and Lucasfilm.

The Star Wars x Adidas NMD_R1 “Boba Fett” collab will be released tomorrow at Adidas.com with a $150 price tag.