Song Joong Ki, Song Hye Kyo divorce: Where is the couple now and what will happen to their assets? 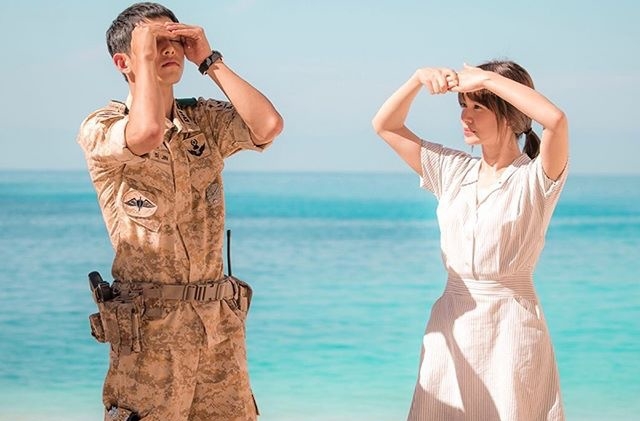 Song Joong Ki and Song Hye Kyo have called it quits, and they have officially separated on June 26 after the former filed for divorce at the Seoul Family Court. It was reported that the two want to finish their divorce process quickly, so there will be no trial, and they decided to settle everything through divorce mediation.

In this settlement, neither Joong Ki or Hye Kyo is required to attend any trial. Their respective lawyers will appear in the court on their behalf, and they will not be called in any meeting for their divorce. They want to finish the process as soon as possible to avoid more misunderstandings and commotion.

Why are they divorcing?

Song Joong Ki and Song Hye Kyo have issued separate statements with regards to their split. The actor released his on the day he filed for divorce while the actress published hers after arriving in South Korea since she was out of the country when her ex-husband applied for divorce in Seoul.

The actor did not mention any reason for their separation as he said that he does not want them to attack or argue with one other on who is to blame thus he is hoping for an amicable settlement. On the other hand, the “Descendants of the Sun” actress said that difference in personality was the cause.

“We find it unfortunate that we are greeting you with unhappy news,” Soompi quoted Hye Kyo’s company, United Artist Agency, stated on behalf of the actress. “After careful consideration, actress Song Hye Kyo and her husband are taking the first steps toward divorce. The reason is differences in personality, and because they were unable to overcome their differences, they were forced to come to this decision.

Where is the couple now?

It was reported that Song Hye Kyo already moved out of the house that she shared with Song Joong Ki. According to Allkpop, the “DOTS” actress moved to one of Korea’s richest communities in Seoul. She is now living in a luxury villa located in the UN Village. As for Song Joong Ki, rather than moving to another house to be by himself, he moved back to his family’s home instead.

Hye Kyo criticized for her attitude

When their divorce was announced, Blossom Entertainment, Joong Ki’s agency, revealed that the actor will take a break and will not be attending any event or make public appearances for the time being. In South Korea, where the citizens are extremely conservative, this is the right thing to do and the most appropriate move to take in cases of unfortunate situations like the divorce. This is why Hye Kyo was bashed when she has been going out and appearing in public for various events like product promotion and gatherings.

A week after the divorce was revealed, the actress went to China and elegantly dressed, faced the cameras in China, during an event for a cosmetic brand that she is endorsing. Next, she was photographed smiling and happily interacting with famous people like Natalie Portman in Monaco when she attended the Chaumet party, a French jeweler which Hye Kyo has been assigned as its Asian ambassador.

Her actions caused an uproar in Korea, and people bashed her because they find it offensive when she has been all over the place and smiling prettily when her divorce was just announced. People were commenting that she doesn’t look distressed at all.

Meanwhile, Song Joong Ki and Song Hye Kyo have combined assets of more than KRW 100 billion, and since the latter has been in show business for a longer time, she is richer than her ex-husband. They each have invested in many properties and saved up millions in Korean currency, but Star Today reported that only the assets that they have earned or accumulated during marriage are going to be split up. Since they have been married for less than two years, the amount to be divided is quite small.