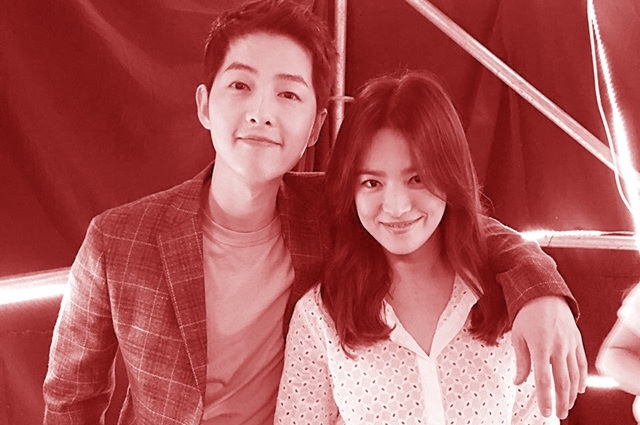 Song Joong Ki and Song Hye Kyo got married in October 2017 and until now they do not have a child yet. Without a kid and more than a year into marriage led to rumors that the couple is expecting a child and this was reported not just once but many times before.

Moreover, while pregnancy rumors are cropping up, Joong Ki and Hye Kyo are also involved in many divorce rumors since they are rarely spotted together these days plus, the media always put a negative meaning to the Korean superstars’ actions and gestures when in public.

In fact, the Chinese media reported that Song Joong Ki and Song Hye Kyo have ended their marriage already just because the latter was spotted without her wedding ring. The speculations were made to appear like a true story when they try to capture a photo of the actor when he is not wearing his wedding ring as well.

The truth is - they have not called it quits and this was proven when the actor showed his support when his wife’s drama with Park Bo Gum was aired. He encourages his wife and would express his wishes for Hye Kyo’s project to be successful.

Clearly, the divorce stories were made up and as for pregnancy, Song Joong Ki and Song Hye Kyo are not expecting. As everyone can see, they are busy with their respective projects with the former doing “Asadal Chronicles” while the latter who just finished tvN’s “Encounter” with Bo Gum has recently signed with a Chinese movie outfit called Jet Tone Films and she is set to start filming for a Chinese movie under the helm of her director friend Wong Kar Wai.

Most probably, Song Joong Ki and Song Hye Kyo decided to work for a couple more years before starting their family. In this way, they will be able to focus more on their family life and limit their projects from then on.