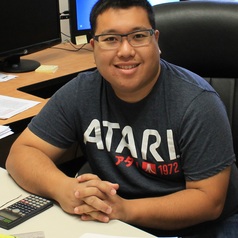 On Sep. 1, 1859, solar astronomer Richard Carrington witnessed sunspots that suddenly and briefly flashed brightly before they disappeared. Just before dawn the next day, auroras erupted over most of the Earth, reaching as far south as the Caribbean and Hawaii while southern lights were seen as far north as Chile. The event produced not only a visible light show in areas where they do not typically appear, but it also sent telegraph systems around the world haywire.

Given the state of technology during Carrington’s time, the impact of a geomagnetic storm was limited to disruptions of telegraph service. If something similar happened today, the world’s technological infrastructure could grind to a halt. Extreme space weather events such as geomagnetic storms are more disruptive now than in the past. This is because of our greater dependence on technical systems that can be affected by electric currents and energetic particles high in the Earth’s atmosphere.

An active region on the sun — an area of intense and complex magnetic fields — has rotated into view on the sun in this video captured by NASA’s Solar Dynamics Observatory between July 5-11, 2017. The dark core of this sunspot is larger than Earth.

We might think of space as a silent, empty void and the sun as only a distant source of light and heat. This is not necessarily true. The sun and the Earth are connected in more complex, intimate and sometimes dangerous ways.

Sunspots are temporary phenomena on the sun’s photosphere that appear darker than the surrounding areas. Sunspots can change continuously and may last for only a few hours to days; or even months for the more intense groups. The total number of sunspots has long been known to vary with an approximately 11-year repetition known as the solar cycle. The peak of sunspot activity is known as solar maximum and the lull is known as solar minimum. 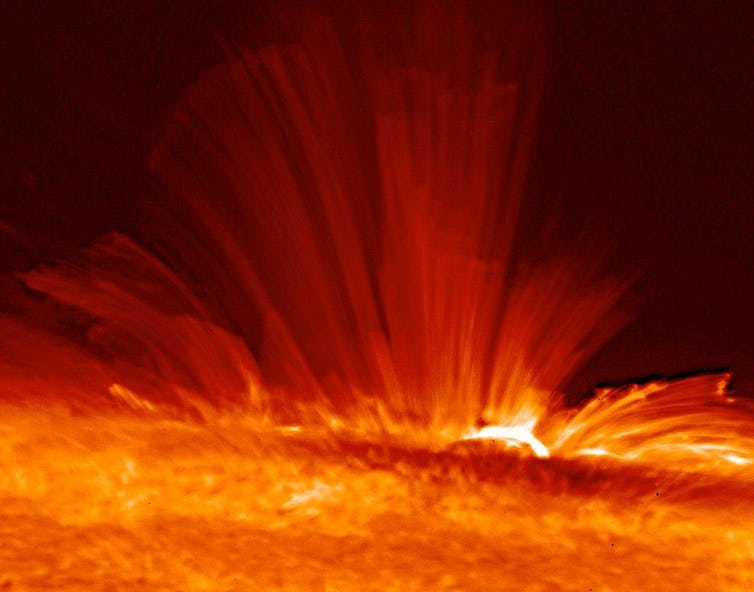 Vivid orange streamers of super-hot, electrically charged gas (plasma) arc from the surface of the sun, revealing the structure of the solar magnetic field rising vertically from a sunspot. Hinode, JAXA/NASA

Indicating intense magnetic activity, sunspots accompany secondary phenomena such as bursts of electromagnetic radiation (flares) and coronal mass ejections (CME) — which are sudden eruptions of material — accompanied by solar energetic particles (SEPs). A solar flare is a sudden release of energy from the sun, while a CME shoots hot plasma from the sun into space.

The precise mechanisms that trigger flares and CMEs are still being debated, but the bigger the group of sunspots, the more intense solar activity tends to be. The sun continually ejects high-energy electrons, protons and other nuclei that bombard the Earth. Solar flares and CMEs send enormous amounts of energy and charged particles hurtling into collision with the Earth’s upper atmosphere, where they can cause geomagnetic storms. 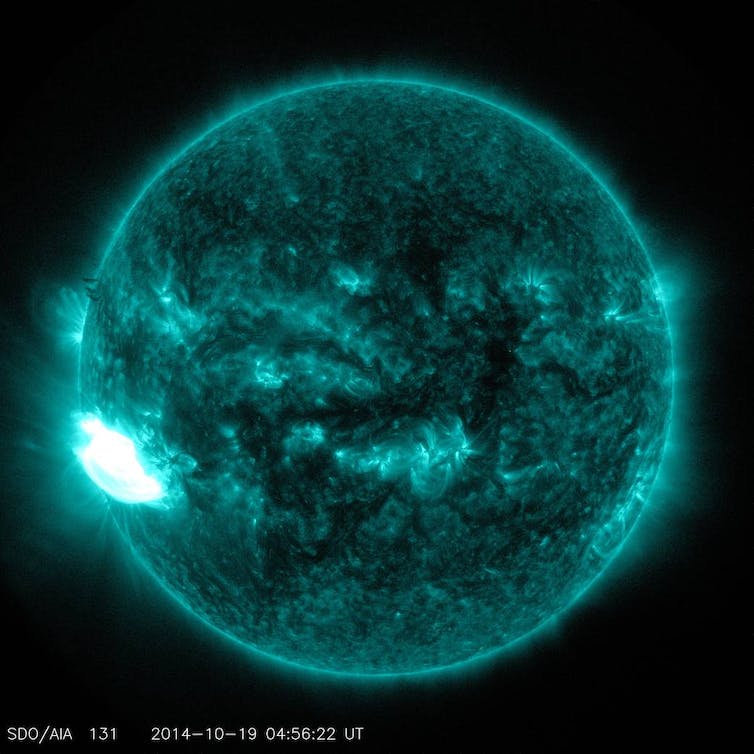 A solar flare surges off the lower left hand of the sun on Oct. 19, 2014. The image was captured in extreme ultraviolet wavelength of 131 Angstroms – a wavelength that can see the intense heat of a flare and that is typically represented in teal. NASA/SDO

The adverse economic impacts of solar activity on the North American power grid have been well-documented. For instance, four per cent of the power disturbances between 1992 and 2010 reported to the U.S. Department of Energy are attributable to strong geomagnetic activity.

I have been working on the economic effects of climate change for some time now and thought: “How about the sun?”

Interestingly, while the study of space weather is a rapidly growing field, academic work to assess its overall social and economic impacts appears to be in its infancy.

I am currently working with one of my former graduate students, Zichun Zhao, on the economic impacts of space weather. Our proxy measure of solar activity is the number of sunspots produced by the sun at a given time and, luckily, this data is publicly available.

In our empirical analysis, we found that the Gross Domestic Products (GDP) of the 34-member countries of the Organization for Economic Co-operation and Development decreases as solar activity increases. On average, GDP decreases by at least 0.06 per cent for every increase of one per cent in solar activity.

Our empirical results indicate that damages caused by geomagnetic storms are much greater in the information and communications sectors.