Social media: should you share pictures of your children online? 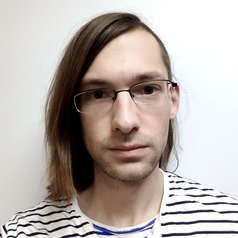 Gwyneth Paltrow – who has 5.3m Instagram followers – reportedly ran into a spot of trouble with her daughter, Apple Martin, recently when the 14-year-old called out her mother for posting a picture of her on social media. Whoever you sympathise with, the incident has sparked a broader discussion about how much parents should share about their children online.

We are often wrongly told that young people don’t care about privacy. Even useful advice assumes they are oversharing or don’t understand. But, as I have written previously, parents perhaps have less to worry about than they might think – young people do tend to treat privacy responsibly. In fact, it is often parents, rather than their children, who need to think more carefully about their online activities.

Social media is designed to promote participation. With more and more of our lives moving online, it is almost impossible to escape, particularly as disengaging can lead to social exclusion.

Even schools are increasingly pushing children’s lives and data online. It’s easy to embrace the idea of facial recognition software being used in schools in the name of child protection, monitoring progress or improving students’ experiences, but data is increasingly being captured and stored without proper consent.

Add in the recent UK Children’s Commissioner report on the huge amount of data about individuals gathered during childhood – and the role of parents in this – and it is thoroughly unfair to blame children and young people for “oversharing”. The world’s entire digital society is designed to manufacture consent and participation, and young people (and many other marginalised groups) often have little choice but to engage.

Against this backdrop of institutions and parents collecting and sharing data about young people, it’s perhaps unsurprising that children are, in fact, concerned about privacy. They just have different concerns. While adults might be focused on keeping their data private from corporations, governments, hoodie-wearing hackers or online stalkers, children and young people have additional worries.

They’re particularly concerned about keeping their posts private from schools and family members. And younger people are finding ever more innovative ways to gain the specific types of privacy they want.

They tend to become better at managing multiple identities and cloaking communications. While we all have different versions of ourselves that we present to others – at work, at home, with friends, at play – technology allows users to obscure their activities with fake personal profiles or hidden meanings. They can use parallel accounts – such as “finstagram” (fake instagram) profiles – to separate images intended for their private peer groups and their families. Young people are, unsurprisingly, proving to be adaptable and innovative in their use of technology.

Businesses often try to push data as the new oil – a commodity to be traded. But when thinking about groups with less power in society – including children and young people but also other groups marginalised by race, age or sexuality – this model seems absurd. Instead, we should move towards seeing data in terms of identity. Proper consent should be sought and breaches viewed as a kind of identity theft. Under this understanding of privacy, Apple Martin would arguably be right to criticise her mother’s post.

The law is slowly starting to support this way of thinking, too. The EU’s GDPR legislation, for example, goes some way towards returning consent and control to users regarding how and when their personal data is collected and used.

But what about when privacy is breached by parents? It’s easily done. Many people want to share pictures of their children with family and friends. But teaching our children about online activity, data and privacy is important. And parents should lead by example.

Wanting to show off our kids shouldn’t contribute to a system that normalises surveillance and a lack of privacy. They’ll get enough of that anyway. Parents shouldn’t be giving the impression that even those closest to them will exploit a young person’s data or identity. That will just prepare them for a lifetime of expecting to be bought and sold online as part of a large data set. If anything, parents should be giving their children the tools to protect themselves.

It’s never too young to start. New parents should think carefully about how much they will share about their children online. This doesn’t mean keeping everything private, just sitting down and agreeing what is and isn’t OK, when and with whom to share things, and passing on these decisions to family members and others who may inadvertently “leak” pictures to wider audiences.

Education can start young as well. I have recently started asking my three-year-old whether I can share pictures of him with family or friends – and yes, I also asked whether he was happy to be mentioned in this article. Every little helps.

The Children’s Commissioner has also released ten top tips for minimising children’s data footprints, including avoiding posts that can identify your child’s birthday or location and speaking to organisations about the data they collect on them and why. And there are some great organisations – such as Doteveryone, Carnegie UK Trust and the Electronic Frontier Foundation – that have useful information and advice for anyone looking to improve their online habits.

Teaching our children about consent is important in any aspect of life, and online privacy should be no exception.