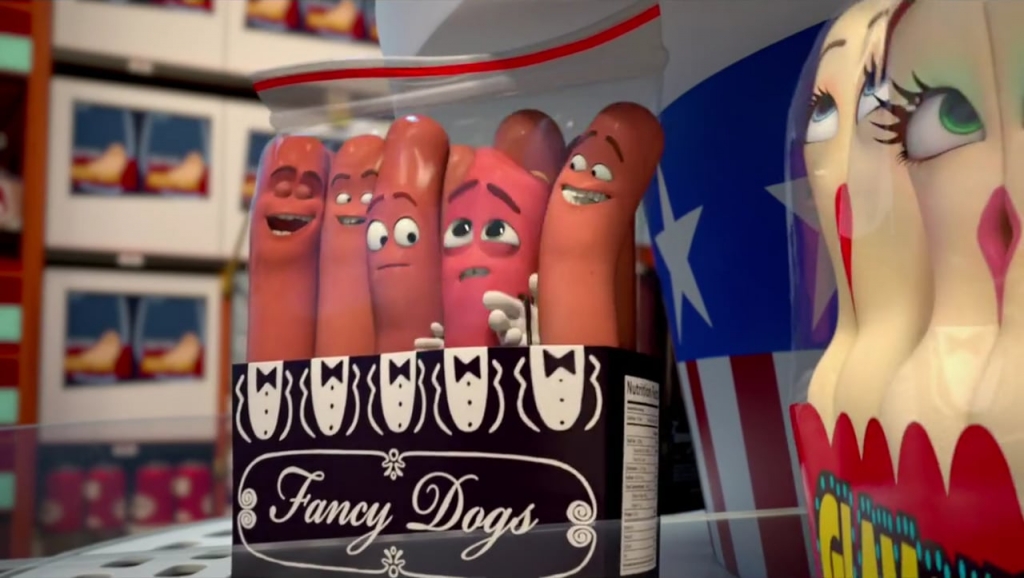 ‘Sausage Party’ actor and producer Seth Rogen reveals that his upcoming R-rated animated comedy is running on a small $30 million budget. Critics speculate that although the film’s rough cut received favorable reviews during the premiere at the SXSW, it may still flop in the box office.

According to Bubble Babbler, Rogen revealed on ‘The Howard Stern Show’ that his upcoming full-length adult animated comedy film is running on a small production budget of only $30 million. Rogen is serving as producer together with Megan Ellison, Evan Goldberg, and DreamWorks director Conrad Vernon. It is produced under Nitrogen Studios Canada, Annapurna Pictures, Point Grey Pictures, and Sony Pictures Imageworks and distributed through Columbia Pictures.

Another article on Kyle’s Animated World, Rogen also admitted that the film had the longest production cycle compared to other projects he worked on in the past stating that it took eight long years to get the film made since studios declined to pick it up due to its graphic content. On 2013, Sony Pictures Entertainment, Annapurna Pictures, and Grey Point Pictures were announced to finance the film.

The film was originally slated for a June 2016 release but has been moved to an August 2016 schedule. A work-in-progress version of ‘Sausage Party’ premiered at the SXSW Film Festival last March 2016.

Despite its raunchy name, its plot focuses on deli meats and their adventures of daring rescues and discovering their life purpose. Frank, a sausage, and his various food stuff friends live a peaceful life in a supermarket called Shopwell’s and are eventually picked up by a woman who takes them home.

They assume that their biggest goal in life is to get selected by a customer. When the woman begins to prepare a meal, Frank and his friends discover that they are in for a life of torture and imminent death after watching an innocent potato being skinned alive. From there, they attempt a daring escape.

Although the rough cut was received favorably at the SXSW screening, this is not an indication of the film’s chances of huge box office success once it premieres in U.S. theaters. According to Indiewire, ‘Sausage Party’ could also flop and setback the adult animation industry. Furthermore, an R-rating would generally translate to lesser earnings due to a limited audience scope.