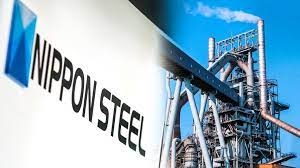 A Mitsui spokesperson admitted that the trading house has received a complaint from Nippon Steel.

Nippon Steel Corp. has sued trading house Mitsui & Co. for patent infringement at the Tokyo District Court, suspecting that the latter was involved in infringing on its patents on non-oriented magnetic steel sheets that are used in an electric vehicle.

A Mitsui spokesperson admitted that the trading house has received a complaint from Nippon Steel, but it did not make any further comments.\

Toyota said in a statement to Reuters in October that the Nippon suit was "very regrettable" and that it had found no patent infringement issues.

Baosteel said it did not agree with Nippon's claims and it would "firmly" defend its rights and interests.