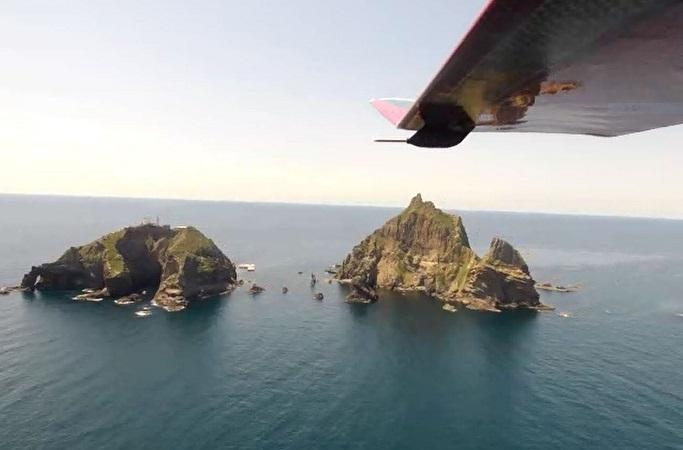 A research team from the Korea Aerospace University developed a mini-sized drone with a wingspan of 4.2 meters and a weight of 5.2 kilograms.

An unmanned solar-powered drone dubbed KAU-SPUAV-2019 developed by the Korea Aerospace University succeeded to fly from the mainland to the easternmost islets of Dokdo and back.

The drone returned just in time to celebrate the school’s 70th anniversary.

A research team from the school developed a mini-sized drone with a wingspan of 4.2 meters and a weight of 5.2 kilograms.

The aircraft took off at 3:30 a.m. on Monday in Uljin, North Gyeongsang Province, from Giseong Mangyang Beach.

The solar-powered unmanned aerial vehicle (UAV) flew 440 kilometers, according to the university, breaking a new distance record in South Korea. Solar-powered UAVs do not require landing to recharge, allowing them to fly for longer periods of time.

In 2020, the university research team's solar-powered aircraft established a new flight record of 32 hours and 19 minutes, and in 2021, it set a new record of 56 hours and 33 minutes.