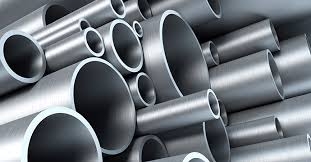 South Korea will cushion the steel industry's fallout caused by weak demand by fast-tracking infrastructure projects and spending over 400 billion won on research and development.

According to Industry Minister Sung Yun-mo, the government will intensify efforts to help steelmakers tide over liquidity crunches due to decreasing demand and to cope with protectionism in overseas markets.

The steel industry, one of South Korea's key industrial sectors, has been hit hard by the pandemic with steel exports plunging 24.1 percent on-year in April.

With domestic demand for steel declining for the fourth consecutive year, local sales are forecasted to plunge below the 50 million ton mark for the first time since 2009.

Overseas shipments of steel are also projected to shrink by over 20 percent in May and June.

Late last month, South Korea's steelmaking giant POSCO lowered its production and sales forecasts for 2020 by over seven percent due to weak demand caused by the pandemic.

POSCO made the revised forecast after its crude steel production in the first quarter plunged 3.6 percent and sales fell 3.5 percent year.

Hyundai Steel and Dongkuk, the country's other steelmakers, have also reduced production days since Q1 due to the weak market conditions.

Demand from South Korea's automakers dropped in Q1 as export sank 17.6 percent on-year to 479,388 units. A further plunge in demand is expected in Q2 as the country's automakers cut production and inventories.