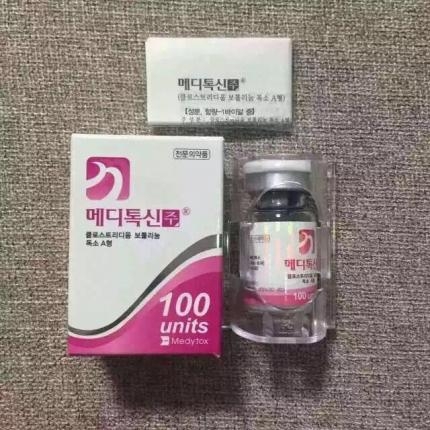 Meditoxin sold in bottles of 50, 100, and 150 units will be permanently removed from the market.

South Korea's Ministry of Food and Drug Safety revoked Medytox's permit for producing botulinum toxin products due to its use of unapproved ingredients and fabricating test results.

The three clostridium botulinum toxin products labeled Meditoxin sold in bottles of 50, 100, and 150 units will be permanently removed from the market beginning June 25.

The ministry also ordered Medytox to recall its Meditoxin products while urging local hospitals to participate in its removal.

The ministry had previously ordered a temporary suspension of the manufacture and sales of the three products.

An investigation found the pharmaceutical company repeatedly committing the infractions between 2012 and 2015.

The ministry, however, admitted that Meditoxin does not pose significant safety risks.

Meditoxin, which accounts for about 40 percent of Medytox's annual sales, takes up around 35 percent of the local market.

Medytox is in a lawsuit against local drugmaker Daewoong Pharmaceutical Co. over the patents of a botulinum toxin strain, claiming that the latter's Nabota uses the same formula as Meditoxin.

The International Trade Commission will make a preliminary ruling later this month.