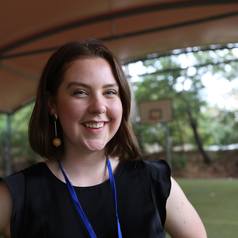 Most Australians are spending more of their income on housing than they used to, but low-income households are being squeezed the hardest.

Many are in poverty, and many more are suffering financial stress. A growing number of Australians are becoming homeless.

A decade ago the Rudd federal government established the National Rental Affordability Scheme – NRAS. The scheme paid incentives to developers and community housing organisations that built new homes and rented them out for at least 20% below market rents for 10 years.

The Abbott government axed the scheme in 2014. Labor promised to reintroduce it if won the 2019 election. Now advocates of affordable housing are calling on the Morrison government to do the same.

But new research published by the Grattan Institute today concludes they are wrong. The NRAS was expensive, inefficient and mainly helped those not in greatest need.

Other policies, such as building social housing and boosting Commonwealth Rent Assistance, would be better targeted and waste less money along the way.

The value of the NRAS subsidy was set much higher than it needed to be.

NRAS developers still on the program receive about A$11,000 of public money per unit per year (the subsidy was set originally at A$8,000, but indexed).

The problem is, A$11,000 is much more money than the developers need to cover the cost of the rental discount.

In 2016 the value of the 20% rental discount was slightly less than A$4,000 a year in the typical suburb in which NRAS properties were built.

The leftover value of the subsidy – about A$7,000 a year – was essentially a windfall gain for developers.

We estimate it provided windfall gains to private developers of at least A$1 billion, or roughly one-third of the total cost of the scheme.

Community housing providers also received windfall gains, although they would have reinvested the funds into more affordable housing or deeper rental discounts for tenants.

The scheme was also poor value for money because the subsidy didn’t vary depending on location or type of dwelling: the same subsidy was offered for a one-bedroom apartment or a three-bedroom home. Not surprisingly, the scheme ultimately funded a lot of small, cheap-to-build units.

Not directed at those most in need

The eligibility criteria were far too loose.

Someone can qualify to live in one of the NRAS dwellings left on the scheme with an income of up to A$50,000 – a good deal higher than the median income.

A couple can qualify if their household income is below A$70,000.

It means about half of all households that rent can qualify to live in an NRAS subsidised home. Half of them would be ineligible for Commonwealth Rent Assistance because their incomes are too high.

Only one-third of the households living in an NRAS home at the scheme’s peak in 2016 had gross household incomes below A$30,000 a year, whereas one-third had incomes above A$50,000 a year.

There’s also little evidence the NRAS led to much more housing being built than otherwise.

Government subsidies don’t create extra housing if they crowd out housing that would have been built anyway. Crowding out is most likely when supply is already constrained, as it is in major Australian cities where land-use rules prevent greater density in established suburbs. International research suggests affordable housing crowds out private housing.

Nor was the NRAS a useful stimulus. It began in 2008 at the height of the global financial crisis, but most NRAS properties were only approved between 2013 and 2015, by which time housing construction was already booming.

Administrative difficulties and a complex design made housing constructed through NRAS anything but timely.

Instead of reinstating the NRAS, state and federal governments should focus on policies that will do the most (at least cost) to better house low-income Australians.

A Rudd-era policy the Morrison government should introduce is the Social Housing Initiative, which built 20,000 new social housing units and refurbished another 80,000 over two years at a cost of A$5.6 billion.

The economic hit was immediate: construction approvals spiked within 12 months of the announcement. A repeat today would provide a more effective boost to declining housing construction than a reinstated NRAS.

Boosting Commonwealth Rent Assistance by 40%, and indexing it to changes in rents typically paid by people receiving income support, would be a fairer and more cost-effective way to help the much larger number of lower-income earners struggling with housing costs.

It shouldn’t push up rents much because only some of the extra assistance will be spent on housing.

The states should also fix planning rules that prevent more homes being built in inner and middle-ring suburbs of our largest cities. It would help a bit to make housing cheaper to buy and rent. Reforming tenancy rules would make renting more secure.

There is a powerful case for governments to do more to help house low-income Australians. But unless we learn from past mistakes, we will wind up with another expensive housing policy that does little to help those who most need that support.