Robotics, science fiction and the search for the perfect artificial woman 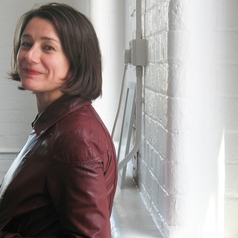 Three photographs have been shortlisted for 2017’s Taylor Wessing Photographic Portrait Prize, hosted by the National Portrait Gallery in London. But there is something out of the ordinary about one of this year’s contenders for the prize. One of the portraits – by the Finnish artist Maija Tammi – is not of a human, but a female android.

The android in the photograph is Erica, described by her creator, Osaka University professor Hiroshi Ishiguro, as “the most beautiful and intelligent” robot in the world. The hardware beneath her silicone skin helps her achieve facial and mouth movements, but these can be rather unnatural, out of sync with her synthesised voice. She is cognitively sophisticated, though still unable to work out answers to complex questions from first principles, and she cannot move her arms and legs.

If this seems like something out of science fiction, you’re not far off. One of Ishiguro’s first female robots was named Repliee Q1 and he himself has said that the name derives from the French for “replicate” and from the “replicants” in Blade Runner: science fiction and robotics have always been entwined. Indeed, in a documentary made by the Guardian about Erica, Ishiguro revealed that he wanted to be an oil painter and insists on the similarities between his work and artistic creation.

It is difficult not to see here a masculine Pygmalionesque desire to create the perfect artificial woman. “Ishiguro-sensei is my father and he understands me entirely,” Erica pronounces in the documentary. Her vaunted autonomy seems more like a projection on the part on the roboticists who programme her thoughts, but also occasionally anthropomorphise her: the scientist who introduces himself as Erica’s “architect” also thinks that she is “really excited to interact with people”. 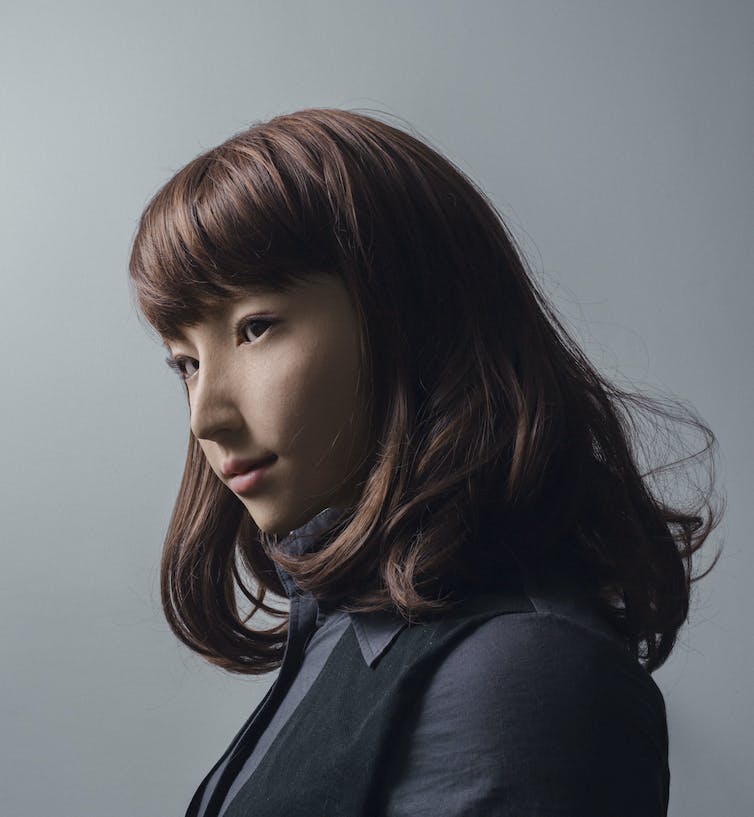 One of Them Is a Human #1 by Maija Tammi (Erica: Erato Ishiguro Symbiotic Human-Robot Interaction Project). © Maija Tammi

There has been heightened interest in female robots recently: from articles, podcasts and TV programmes featuring Erica, to excited tales of bionic sex dolls (equipped with “personality” apps) in the more lurid corners of media space. If we are to co-exist and interact with robots – and we need serious debate on the psychological, ethical, social and legal implications of this – it is perfectly possible to construct embodied AIs that are not humanoid and gendered. So why female androids – and why now?

The idea of the machine-woman first acquired a particular force in the 1920s and 30s, which saw a proliferation of cultural images of robots, from the invention of the term by the Czech writer Karel Čapek in 1921 to the iconic female android in Fritz Lang’s film Metropolis in 1927. This was also a time of unprecedented female mobility, in all senses of the word. The French garçonnes, the German Neues Fraus and the Japanese modan gāru (modern girls) crossed boundaries between masculine and feminine with their short hair, androgynous figures and demands for political equity (the latter often obscured by an obsessive media focus on their sexuality).

The images of submissive artificial women in art and science fiction betray a male cultural desire to symbolically control these new female subjectivities. This was also a time when Fordism and automatisation seemed to transform human bodies as well as machines: the mechanical movements of Chaplin’s assembly line worker in his film Modern Times (1936) are comical, but also deeply disturbing. While machinery has largely been associated with masculinity, fears about technology out of control could be displaced by being projected onto woman, traditionally seen as the weaker, inferior other.

The current media fixation on hyperrealistic female androids and sex robots comes at a moment when automation threatens not only unskilled labour, but also such bastions of middle-class masculinity as the lower echelons of banking, insurance and law. It is hardly surprising, then, that popular culture is again awash with fantasies of compliant automatised females.

While the creators of the new Blade Runner film remain in the familiar territory of “pleasure model” replicants and comforting holographic girlfriends, other artists have been more reflexive about the skewed gender politics of some science fiction and its worrying implications for robotics and for our technological future in general. Ilinca Calugareanu, the director of the Guardian documentary about Erica, and Maija Tammi, the artist who took Erica’s portrait, belong in a long lineage of artists who have interrogated male cultural fantasies of artificial women.

Calugareanu shoots people in slow motion, making actions rhythmic and somewhat inorganic, subtly erasing the differences between human and machinic movement, but also emphasising, by contrast, Erica’s immobility. Erica and her creators are filmed in medium close shots, in the centre of the frame. The men are silent and immobile, their thoughts narrated via a voice-over: the split between speech and mouth movement is similar to Erica’s. The masculine human subjects and the female android get the same filmic treatment, in a gesture that elides the distinction between them.

Maija Tammi’s photograph of Erica, meanwhile, is part of a series titled “One of Them is a Human” that includes a portrait of Ishiguro. The camera angle and the play of light in Erica’s portrait give silicone the warm texture of skin. The slightly tousled hair implies movement, as if she has just turned her head. She looks intently outside the frame with an enigmatic half-smile.

Tammi has spoken about the conventions of portraiture and how they compel us, the viewers, to invent meaning, to endow the sitter with an inner life. Robotic creation can involve a similar element of narcissistic projection. Erica’s “personality” is programmed by her designers; she echoes their taste in robot-themed films and their techno-utopianism (in the documentary, both roboticists and android insist that robots will run the world much better than humans: after all, they are impartial, rational and selfless).

Such work makes us confront our own reflexes of projection, while also questioning divisions between human and machine along gender lines.

In contrast to some of their male counterparts, female scientists such as Synthia Breazell at MIT are developing social, empathetic robots that are not explicitly (and stereotypically) gendered.

Let’s hope such efforts – artistic and scientific – soon seep into the mainstream idea of robots too.

Irena Hayter does not work for, consult, own shares in or receive funding from any company or organization that would benefit from this article, and has disclosed no relevant affiliations beyond their academic appointment.