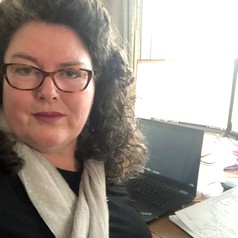 Restrictions are in place for at least four council areas around the Byron Bay region after a suite of cases were linked to a Byron hen’s night.

People in Ballina, Byron, Lismore and Tweed have been urged to stay at home, wear masks in shops and on public transport, and stick to the four square metre rule. The number of household visitors is limited to 30.

New South Wales recorded one new locally acquired case of COVID-19 in the 24 hours to 8pm last night — the case acquired in Byron Bay that was revealed yesterday morning.

Suppression at this point is very important. Several factors converge to produce a significant outbreak risk, including that:

The tentacles of this particular outbreak might be more far-reaching, so it is important we take it seriously and get testing numbers up.

We can contain the new variants of concern if we catch outbreaks early, but once the B.1.1.7 strain gets out into the community, it can take off really, really quickly.

People infected with this variant in England were found to pass the virus on to about 14-15% of their close contacts. For the older, “original” strains, it was about 11%.

That means if you had 100 cases with 10 close contacts each (so, 1,000 close contacts), it’s the difference between 110 and 150 cases in the next generation of spread. That’s significant in an outbreak once case numbers rise, and increases the contact-tracing task exponentially over subsequent generations of cases.

Containing this outbreak early will be crucial.

Alternative lifestyles and attitudes to testing

This region is home to a cohort of people who follow alternative lifestyles. Vaccination rates are very low in some areas around Byron Bay such as Mullumbimby, which has been been described as the anti-vaccination capital of Australia.

Being anti-vaccination doesn’t mean you are unconcerned about COVID in the community. But it does signal that you might have different attitudes around testing.

NSW Health has thanked “the community – particularly those in northern NSW – for coming forward in large numbers for testing” so far. NSW usually has high testing rates where outbreak risks have been identified, but testing rates in the Byron Bay area vary, and were often below 25 per day in the lead-up to this exposure event.

It’s a different cross-section of society. It’s possible that people who follow an alternative lifestyle might be less engaged in the screening process that is so crucial in a pandemic. If that happens, we would have blind spots in the community where the virus could be circulating unseen.

If this strain gets into networks where people might be less inclined to get tested, we might not know the virus is out there until it escapes the group.

Now, hopefully, none of this will happen. In many ways, the alternative lifestyle cohort may be the least likely to cross paths with a hen’s party in Byron Bay. But it is a factor that makes this outbreak interesting and potentially challenging for health authorities.

Many people move to the Northern Rivers area to retire and there is a significant cohort of older residents in the area.

We know these groups are vulnerable and, although phase 1b of the vaccine rollout has begun, we don’t have the coverage yet to provide tangible protection.

The other factor is that retirees often have good social networks and time on their hands, encouraging cross-household mixing. If the virus gets into this community, it could spread quite quickly.

Byron Bay and the surrounding hinterland is a well-known holiday destination and transient populations can be a significant factor in an outbreak, especially with numbers building ahead of the now-postponed Blues Festival. They tend to visit restaurants, cafes or parties because they are on holiday.

Contact tracing can be complicated when people do not know venues well; they might not remember the name of the cafe they went to last week. There’s also the risk someone exposed might have gone home and be incubating the virus unknowingly in another part of the state or country.

That’s why testing is so very important.

It is worth watching Byron closely. We want this nuanced containment approach to be effective — but for that to work, we need good testing rates.

Postponing the Blues festival: devastating but the right thing to do

The Blues Festival has been postponed in a terrible coincidence of events — it was going to be one of the first large-scale music festivals in the post-COVID world.

While so far there is only one case of local transmission outside the hen’s party, this one case signals the possibility that there may be other unidentified cases out there.

It is devastating for everyone involved in the festival, but what happens in Byron in the next few days and weeks will have ramifications for the rest of the country. There was no COVID-safe way to manage the event, and no choice but to postpone.