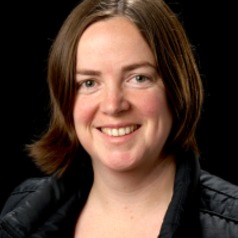 It will be very difficult to reduce greenhouse gas emissions by enough to halt global heating at 1.5°C – the threshold at which catastrophic climate change becomes more likely – according to a new paper published in Nature.

If the Earth warms by more than 1.5°C, millions of people could be displaced by sea level rise and global crop yields could decline. Fortunately, political will to prevent this seems more widespread than ever. The UK recently became the first major economy to pass a commitment to net zero emissions by 2050 into law. Sounds positive, so what’s the problem?

Well, the new study has shown that if the world continues to use its existing power plants are, it’s likely that the target of 1.5°C will be exceeded. If all the fossil fuel plants and other carbon-emitting infrastructure that’s currently planned are built, this target will certainly be exceeded. There is a significant number of fossil fuel plants currently operating worldwide. Their continued use would mean enough greenhouse gas emitted to overrun the carbon budget for keeping world temperature rise below 1.5°C.

Excluding all other sources of emissions, the infrastructure that’s currently operational and planned to go into use within the next decade would consume two thirds of the world’s carbon budget for limiting warming to 2°C.

The path to 1.5°C is narrowing

People have known about the dangers of climate change since at least the 1980s, but even so, the age of many fossil fuel energy plants currently operating worldwide is striking. Almost half of these power stations – running on coal, oil and gas – were commissioned after 2004. The Kyoto Protocol to limit greenhouse gas emissions came into force in 2005. The world is now committed to emissions from these plants unless they’re closed early. Even stopping the construction of new fossil fuel power stations won’t be enough to meet the target of 1.5°C.

Capturing and storing the carbon dioxide (CO₂) these plants produce would also help, but this technology is needed on an industrial scale in almost every power plant to make a substantial impact. At the moment, there are only 21 in operation or in construction in the whole world. There are plans for more, and in the UK there are plans to capture carbon from a chemical plant in Cheshire and from Drax, the UK’s biggest power plant. But previous plans for carbon capture and storage at Drax were scrapped in 2015.

Drax currently runs 50% on biomass – organic material, such as wood or other crop plants. It’s considered a renewable fuel as the timescale to produce it is relatively short. The carbon emitted from biomass is absorbed when the plants are growing and released when they’re burnt for energy. In this way, the technology is said to be a “net-zero” carbon emitter. This could be part of the solution for reducing emissions, but the life cycle impacts of any energy solution need to be fully understood. If they aren’t, there’s a risk that more environmental problems could emerge.

Closing fossil fuelled power plants might be possible in some countries, but the difference in the average age of these plants across the globe is stark. Coal-fired power stations in China and India are on average just over ten years old. In the US and the European Union, the average age is over 30 years. The paper shows that the world’s newer plants are in countries where electricity demand is growing – it’s less likely they’ll be able to close them soon.

Existing electricity and industry infrastructure accounts for just under 80% of committed emissions – that is, those emissions that will come from the infrastructure that’s already in use. It might seem that the easy solution would be to just stop using it. But even as we commit to net zero emissions by 2050 in the UK, we’re supporting fossil fuel projects overseas and cutting funding for renewable technologies. The new study shows that if the UK is serious about meeting our commitments, we cannot continue like this.

The study’s authors believe that the world has a reasonable chance of avoiding 1.5°C of warming if governments do two things. First, prohibit all new infrastructure that emits CO₂, including those which are proposed but haven’t been built. Second, retire existing infrastructure in industry and energy as soon as possible. Without these changes, the authors say, the goals adopted in the Paris Agreement are already in jeopardy. Fossil fuel-powered plants that can’t be closed need to be coupled with carbon capture and storage technology.

As climate emergencies are declared, this paper outlines the level of commitment that’s needed by everyone to deliver radical emission reductions. Without fundamental change to the current situation, our global climate will warm beyond 1.5°C.