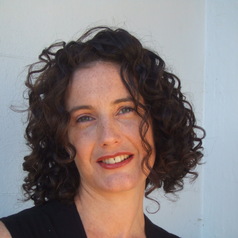 This week’s Sydney Writers’ Festival not only celebrates the art of writing, but the art of reading. Of course, it is difficult not to worry that this might be because the art of reading – that is, deep, critical, transformative reading – has been so radically transformed in the age of big data and Internet skimming that – along with ink and paper – it might be considered to be endangered, too.

Much of the program seems focused on the special kind of paying attention that reading demands – and its pay off in intangible commodities such as curiosity, wonder and awe. It features events that are dedicated not just to the new, but to the enduring influence of the old, in which writers have been asked to talk less about their own work, and more about the works of others that inspired them.

Deborah Adelaide talks about The Women’s Pages (2015), but also about her lifelong fascination with Emily Bronte’s Wuthering Heights that inspired it. Frank Moorhouse talks about reading that Victorian marvel George Eliot, and the debt that his own capacious volumes featuring Edith Campbell Berry might owe to it.

Gail Jones talks about the strange excitement of reading Nabokov. Don Watson, in conversation Delia Falconer, discusses the wondrous works of Gabriel Garcia Marquez. Tegan Bennett Daylight brings the spotlight to bear on the wry, self-deprecating humour of the mid-twentieth century American short-form author JS Perelmen, who may well be new to festival audiences. Jonathan Franzen, in conversation with Daylight, not only talks about Purity (2015), his latest book, but also his vociferous reading life, encompassing the works of obscure and dazzling authors who are seldom read today, including, no doubt, Franzen’s long-standing infatuation with the scathing social satires of the early twentieth-century Austrian writer, Karl Kraus.

There are many different kinds of reading. The festival concentrates on the sort that brings art and life together. Artistic Director Jemma Birrell says, “A good festival, like a good book, should bring real-life benefits.“ Consequently, the program bristles with panels on the Books that Made Me, the Books that Changed Me, and the Books that Saved Me. It features a Literary Healing Room tended by bibliotherapists – that is, book doctors – who administer small doses of book buying as remedy and solace in an alienated world. (You can find these curious doctors at the School of Life in Sydney, Melbourne, and London, where they can be consulted in person or via Skype, at all hours.)

Marcel Proust, with his unsparing insight into human passions and illusions, recognised that there are “pathological circumstances” in which reading can become a sort of “curative discipline”.

But there’s something a little disquieting in the therapeutic cure. I find it odd, for example, that you can also purchase a “philosopher’s jumper” made of trendy black wool from the School of Life’s online shop – a touch overpriced at A$258.94 – in the hope that it will bestow wisdom or insight whenever you wear it. (It’s advertised as modelled on one that belonged to Martin Heidegger, which also seems an odd choice, given Heidegger was a Nazi.)

Also at the festival, philosopher Damon Young talks about the “ethics of reading” and the “virtues” that he claims reading engenders. In an era of clickbate, when articles have transformed into listicles, in which many of us struggle to read a text more than 140 characters long – and more are happy to outsource our critical capacities to a data algorithm known as Google – reading a book certainly demands something that is increasingly harder to find.

According to Young, reading has the capacity to teach us curiosity, patience, courage, pride, temperance and justice, to gloss the chapters of his recent book, The Art of Reading (2016).

In Young’s model of reading, it is not the book but the reader who bring these virtues into being. He argues – as, indeed, literary scholars have argued for several decades – that it may not be the reader who writes the book, but it is the reader who completes its meaning.

It is the imagination of the reader that brings the book into existence. Without a reader, a book is just a strange pattern of black marks on a page.

It is not that Young confuses art and life. He argues,

Ordinary life has a hazy atmosphere to it, whereas language illuminates brightly and sharply.

Life, in short, is much harder to navigate.

It is often a mistake to go straight for what is said, ignoring how it is said. However tempting it may be to feel that novels contain a world complete, novelistic characters are, as Samuel Beckett unkindly said of Balzac, mere “clockwork cabbages” in comparison to real people.

Books bring solace because they provide meaning when life does not. They do this because they are aesthetically patterned in a way that the real world is not.

Sometimes it is just the happy syntax of a sentence – the way it unwinds and surprises and satisfies. In this, books can also be deceptive. The fact is, how something is said is more often than not the thing that makes the reader feel what they do.