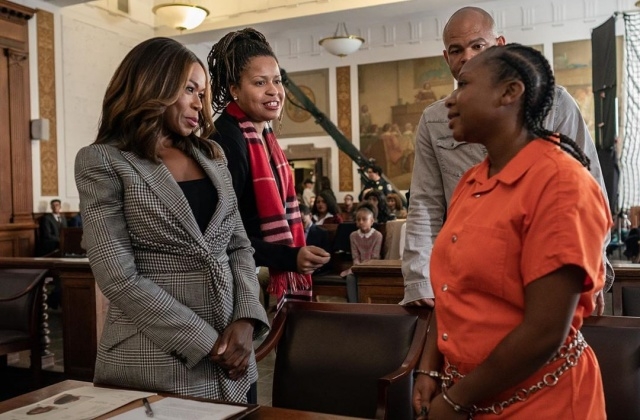 “Power Book II: Ghost” season 1 episode 6 is anticipated by fans. The drama had to break its season into two parts as the COVID-19 pandemic has affected its production.

The unplanned mid-season break has been in effect since the first week of this month. The last story which is episode 5’s “The Prince” aired on Oct. 4 and it brought a fantastic cliffhanger since Tariq is being picked on by Cooper Saxe and Davis MacClean who conspired against Ghost St. Patrick and Tasha’s 18-year-old son.

They are planning to let Tasha out of jail and put the real culprit inside. Apparently, they are going after Tariq and they could be gaining a lot from this since they are putting so much effort to pin the college boy down.

In any case, it was recently revealed that the cast and crew are filming again and showrunner Courtney Kemp happily revealed that they have finally finished shooting “Power Book II: Ghost” season 1 episode 6. With her announcement, fans are assured that part 2 of “Ghost” will premiere in December as planned.

“I can’t believe we just wrapped production on season 1 of Ghost,” Kemp wrote on Instagram. “Through the strength and perseverance of our producers @bartwenrich150 @shanasteinprod and #greeryeaton, and our indomitable cast and crew, we were able to pull together and walk through this quarantine to bring the final episodes to you.”

Apparently, the viewers don’t have to wait too long for “Power Book II: Ghost” season 1 episode 6 so they should not be upset anymore with the rumors that the crime drama is not returning this year but in 2021. Kemp also revealed that they are preparing for the second season of “Ghost” which is a surprise because all along, fans think that after this, the next sequel which is the Book III, will follow but this is not the case.

What to expect in the next episode and airdate

“Power Book II: Ghost” season 1 episode 6 has been titled “Good vs Evil,” and it will be released on Dec. 6. Cooper and Davis’ plan is expected to roll out in this episode. The title may be referring to the evil deeds that they are scheming and the goods ones could be the people who will help the clueless Tariq.

As mentioned, “Power Book II: Ghost” will have a season 2 after Starz greenlighted its production. Express reported that this is likely to arrive in late 2021.