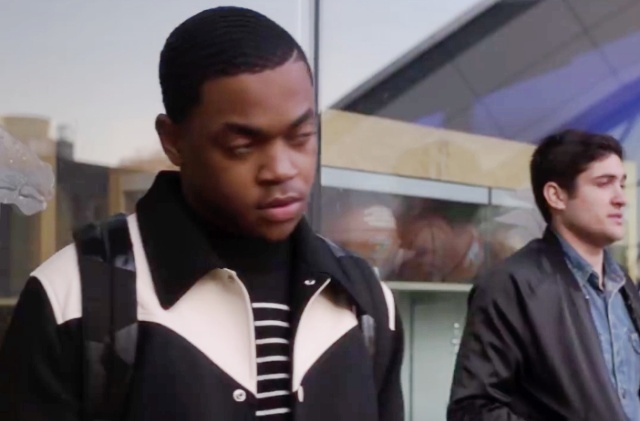 “Power Book II: Ghost” is now on its fourth episode and the story is getting deeper. As teased prior to the premiere of this drama, the story is centered on Tariq and how he deals with his life without his parents.

On top of being a student, he is also the only person that his mom Tasha can rely on so there are more jobs for him than just school works. It is even harder in his situation because he is the only one that can help his mother be released from jail.

In episode 3 of “Power Book II: Ghost” titled “Play the Game,” Tariq was shown struggling to keep with school because he needs to find money to pay the lawyer of her mother. If he could not come up with the attorney’s fees, it is likely that Tasha will rot in jail.

On the other hand, the trial for Tasha will begin soon and at the courthouse, Davis has set up a mock trial so he can see how Ghost’s ex-wife can prove she is innocent from the charges. She was accused of her husband’s death and this is a heavy crime to pay.

The jury and the fake judge were there and Tasha was tearful when she narrated how Ghost would intimidate and forced her to do things against her will including the illegal ones. Her mock trial has gone well on the first day but on day 2 where she was cross-examined, Tasha was confused and after panicking, she dropped Tommy’s name as the possible killer of her husband.

With how she handled this false accusation, the 12 members of the jury declared her as guilty.

In the upcoming “Power Book II: Ghost” episode 4 titled “The Prince” the focus will be on Tariq again. This episode’s synopsis reads: ”After Monet’s agreed to do business with him, Tariq initiates his play to control the drug market on campus, while insulating his and Monet’s involvement.”

Apparently, Tariq will begin selling drugs inside the university and it will be a scandalous scene. He obviously got himself in trouble that will be hard to get out from but he has no choice to save his mother.

Moreover, in the preview teaser of “Power Book II: Ghost,” it appears Tasha already knows his son is dealing with drugs again. Thus, she asked him to get a gun to protect himself even from Davis.