Poll of polls: how worried should Remain be as voters come off fence? 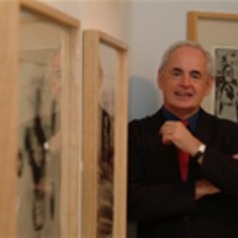 The campaign to keep Britain in the EU has suffered a significant blow at a crucial point in the EU referendum battle with an ICM poll putting Leave further ahead than ever before.

The poll, published by The Guardian, gave Leave 53% of the vote and Remain just 47% once undecideds had been excluded.

Our poll of polls confirms a significant swing towards a Leave vote. A look across 239 opinion polls on voting intentions in the referendum conducted from September 2010 to June 13 2016 shows the trend beginning this month. If it continues, Britain will vote to leave the EU on June 23.

While not quite hitting the heights of the single ICM poll, this poll of polls puts Leave on 48% after a period of consistent growth. Remain is on 44%, with 8% undecided. Importantly, the change coincides with a significant fall in the number of undecided voters, the implication being that many people are coming off the fence and have decided to vote to leave.

The only ray of hope for Remain at this stage in the campaign is LeDuc’s Law. This refers to a regularity discovered by our colleague, Larry LeDuc, a professor of political science at the University of Toronto.

LeDuc has studied many referenda around the world over a significant period of time. He found a tendency for people to vote increasingly for the status quo as the campaign progresses. This occurs even when a large majority prefers to reject the status quo at the start of a campaign.

Significant numbers of people begin to have second thoughts during the campaign, so the proposed change is very often rejected by the time polling day comes around. This occurred in the 2011 referendum on changing Britain’s electoral system and in the 2014 vote on Scottish independence. In this case, it would mean that voters will ultimately opt to stay in the EU, after a period contemplating voting for Brexit.

The psychology of LeDuc’s law is that when individuals are asked about a major political change well in advance of the decision date they will often give an off the cuff answer which doesn’t involve much thought. Their reactions are often stimulated by the desire to protest. In the case of the European Union, that reflects the eurozone crisis and the mishandling of the immigration issue.

However, as decision day approaches, people have time to think more deeply. They start to focus on what the issues mean for them and their family and to put the big questions into context – will leaving the EU improve or damage the country?

As decision time approaches, risk aversion can take over, and on the day of the vote many will opt for the status quo on the grounds that it is less risky than a major change which appears to have many unknown consequences. This is why the Remain campaign has strongly emphasised the risks of leaving and the Leave campaign has tried to argue that staying is more risky than leaving.

So the Remain campaign could take some heart from LeDuc. However, there is another effect at work in the EU referendum. The negativity of the campaign and the willingness of both sides to use dubious statistics to support their case may be having the effect of putting people off voting altogether.

If so, turnout will decline, which is probably bad news for the Remain campaign. This is because there is evidence to suggest that Brexiters are more enthusiastic than Remainers about the issue, and are more motivated to vote even in the face of a blizzard of negativity. This clearly offsets LeDuc’s law. So the final results will depend on a race between perceptions of risk and apathy engendered by mud-slinging.

Harold D Clarke receives funding from ESRC and NSF (US).