How Rising festival brought us dance in times of plague

How are PhD students meant to survive on two-thirds of the minimum wage?

Planning a holiday? What's the COVID situation in Bali, Fiji, NZ and the UK? 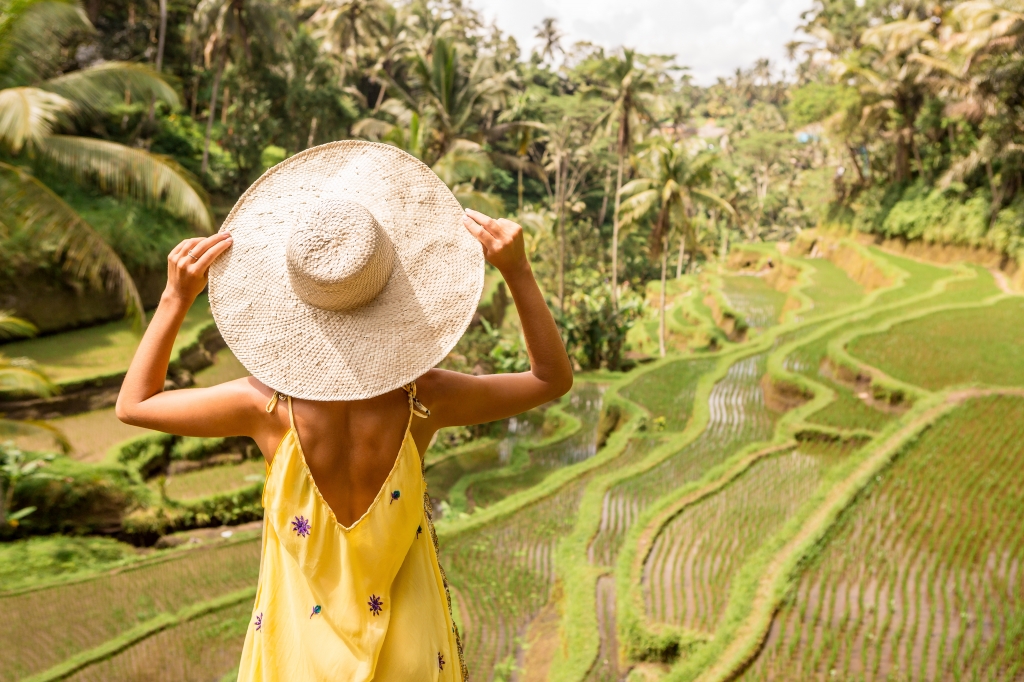 Many of us are considering a long-delayed overseas trip. However, despite what our politicians are telling us, the pandemic is not over yet, and there is always the risk you could catch COVID on holiday or just before you depart.

So, here are a few general tips about what you should do to maximise the chance of a safe and enjoyable holiday, and a quick look at the COVID situation in four popular holiday destinations.

First and foremost, make sure you are fully vaccinated – that’s three doses for most people, and four for the over-65s and some vulnerable groups. Two doses are better than nothing, but not good enough against the Omicron variant.

Several insurance companies will cover you against a COVID infection just before you are due to travel, or while you are travelling. Travel insurance is not only advised, it is mandatory in countries such as Fiji and Indonesia.

Planes are quite safe since the air gets filtered through HEPA filters. However, you could be very unlucky and have someone sitting close to you who is infectious. So, the best bet is to wear a face mask when not eating and drinking. 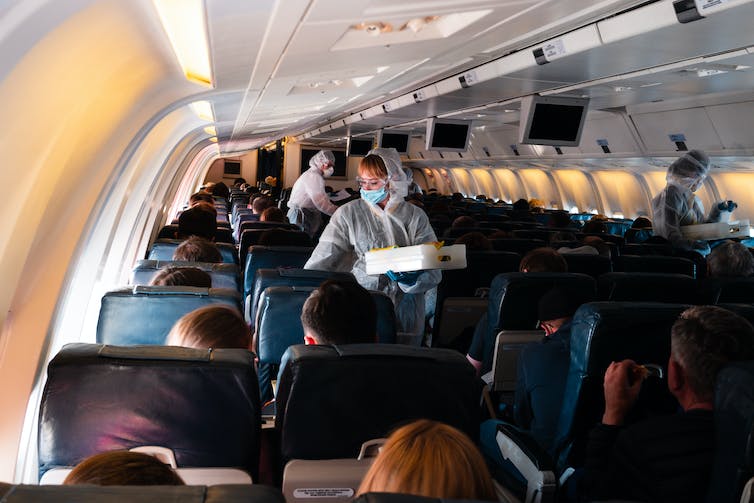 Planes are fairly safe environments due to the HEPA filters. Shutterstock

Take alcohol wipes with you and give your tray, seat belt, controller for the entertainment and inside of seat pockets a good wipe down.

When thinking about your destination and the COVID cases there, it’s also important to compare this to the situation in Australia.

In terms of how much COVID is around, Fiji is doing quite well. Average daily case numbers are 13.6 per million, tiny compared with the Australian rate. The daily death rate per ten million population is zero.

Current vaccines available are AstraZeneca and Moderna, and 70% of Fijians have completed the initial vaccination schedule. There appear to be few current public health regulations. Face masks are optional, and social distancing requirements aren’t being enforced.

Given the very low case numbers at the moment, I don’t think this is a major issue. But if you are older or at risk because of health problems, I would still wear a face mask indoors.

Health care in Fiji is not up to Australian standards, especially in government-run hospitals. Private hospitals are better, but if you get seriously ill, you’d be better off being medivaced to Australia or New Zealand. 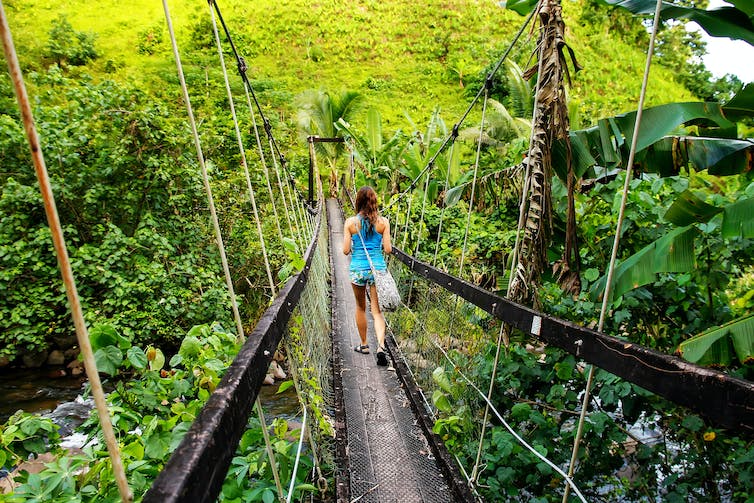 Case numbers in Fiji are quite low. Shutterstock

Indonesia is also doing quite well with daily cases at 0.98 per million and a death rate of 0.3 per ten million population. However, these data might be under-reported.

Current vaccines available are Zifivax, Covovax, Moderna, Pfizer, Convidecia, Sputnik V, Johnson & Johnson, AstraZeneca, KCONVAC, Covilo, and CoronaVac. Covovax is from India, Sputnik V from Russia, and the remaining ones you may not have heard of are from China. There have been some queries about the effectiveness of some Chinese vaccines.

Some 60% of Indonesians have completed the initial vaccination schedule, however, this is likely to be higher in Bali.

Wearing a face mask indoors (for example, in shops) is mandatory, and some social distancing and mandatory QR code scanning are in force. Face masks are not required while sitting in a restaurant.

Like Fiji, hospitals in Bali are generally not up to Western standards, although private ones are better than public hospitals. If you get seriously ill, getting medivaced to Australia is probably the best way to go.

Vaccines authorised are AstraZeneca, Pfizer, Johnson & Johnson and Novavax. The rate of vaccination is also very similar to Australia with 80% having completed the initial vaccination schedule.

New Zealand is a bit more sensible than Australia, retaining face mask mandates in retail settings and public spaces such as museums.

The New Zealand health-care system is not quite up to Australia’s level, but good enough that you don’t have to worry if you have to be hospitalised. The good news is Australia has a reciprocal arrangement with New Zealand so there are no costs if you are admitted to a public hospital.

All public health measures have been removed in the UK.

Reported case numbers are not as dire as Australia and New Zealand, with average daily case numbers at 120 per million population. However, COVID tests are no longer free for most people. While people can buy their own rapid antigen tests, these can’t be logged on the government website. Only those with underlying health conditions can get a free test and must report the results. This means the reported case numbers are likely a big underestimate. This would, in part, explain the UK’s current daily death rate of 12.4 per ten million population.

Interestingly, just about everyone in the UK has antibodies against SARS-CoV-2, the virus that causes COVID. Some 73% of the UK population has completed the initial vaccination schedule, considerably lower than Australia.

In terms of quality, the UK health system is somewhere between Australia and New Zealand. Like New Zealand, Australia has a reciprocal health-care arrangement with free treatment in UK public hospitals.

While Bali and Fiji don’t have much COVID around, their health systems are not as good if you are unlucky enough to get very sick. You’ll be more likely to catch COVID in the UK or New Zealand, but they have good health services if you do.

As for me, I’m masking up and staying in Australia for the next few months!

Adrian Esterman does not work for, consult, own shares in or receive funding from any company or organisation that would benefit from this article, and has disclosed no relevant affiliations beyond their academic appointment.