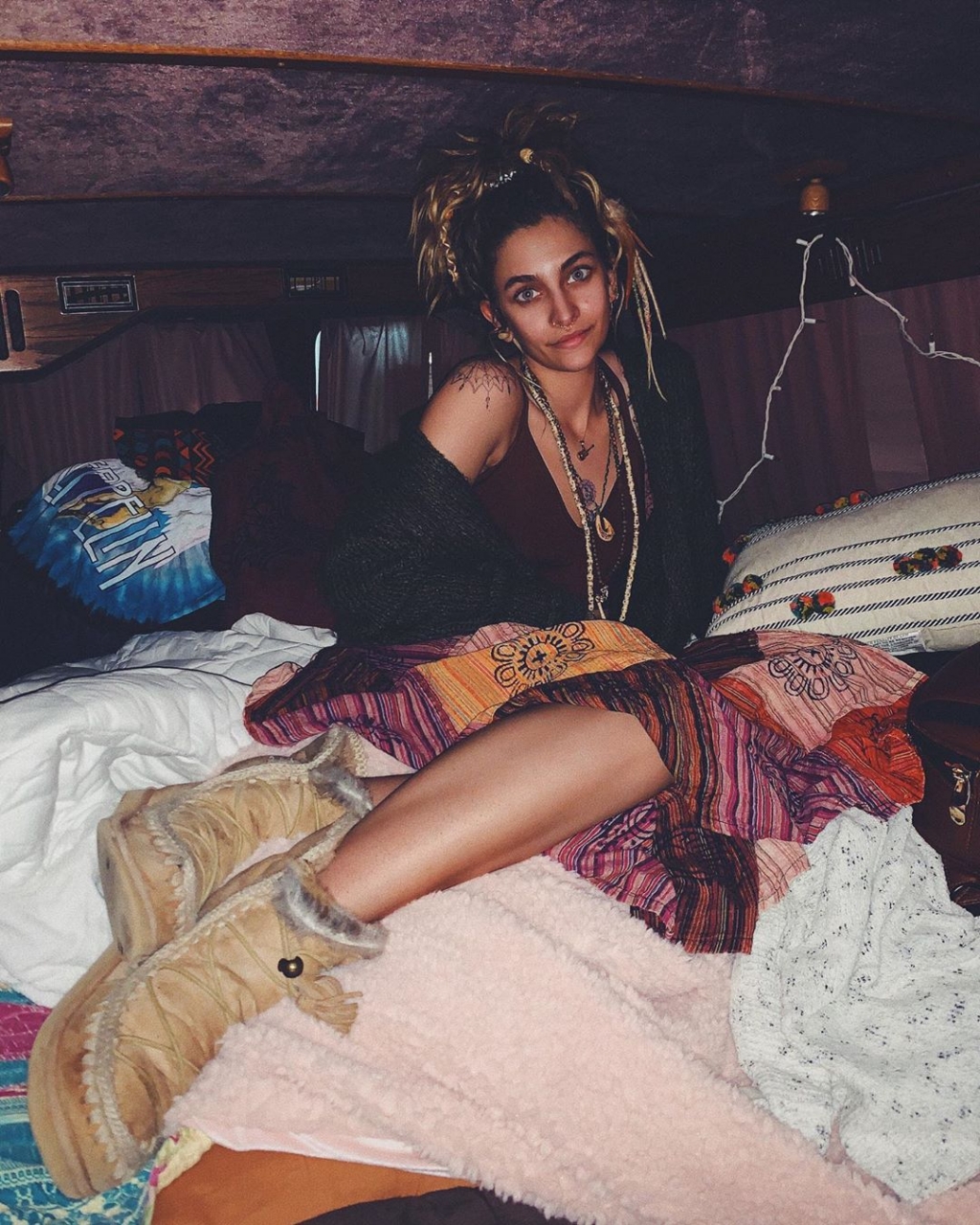 Paris, the 22-year-old daughter of Michael Jackson, had created a buzz when she posted a photo on her Instagram account wherein it was obvious that she was posing for it topless.

The middle child and only daughter of the King of Pop was with her friend, Talia-Rose, who also posed without a bra but whose bare chest was covered with an emoji of a rainbow.

The photo was framed in such a way that prevented Paris' bare chest from being exposed. However, it still draws attention because of the beads that adorned her neck.

They were inside a big room with tapestries adorning the wall. And, it seemed that they just finished doing a ritual with crystals, incense, and a statue of the Buddha placed on a table between Paris and Talia-Rose.

Aside from her obviously bare chest, Paris also draw attention to her face, which was bare of make-up and her signature nose ring. The photo showed her natural beauty.

Earlier this month, Paris also posted a video on her Instagram Story wherein she was giving herself a new tattoo on her right foot.

Aside from being Michael Jackson's daughter, Paris has come into her own as a model and actress but of late has dabbled into music as a singer and songwriter. She's formed a duo with her boyfriend, Gabriel Glenn, and they call themselves The Sound Flowers.

Last month, The Sound Flowers had a show in Paris, France, where Paris also walked in the farewell couture show of Jean Paul Gaultier alongside the Hadid sisters—Gigi and Bella, among others.

Paris is very close to her siblings, older brother Prince, 23, and younger brother, Prince Michael Jackson II, 18, known as Blanket in his younger days. Since 2015, he went by the name Bigi.

The three adores their father and are very protective of his memory. Paris had first defended their father in public when she spoke during the public memorial service held for Michael Jackson at the Staples Center in Los Angeles. She was 11 years old then.