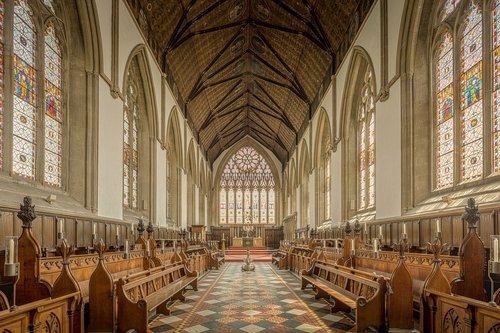 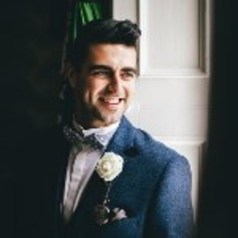 Students at the University of Oxford will now submit some of their work on China anonymously. This, among other measures, is an important protection against China’s new national security law in Hong Kong, which makes it risky for anyone that appears to be criticising the Chinese government. Other universities must follow suit with measures that allow freedom of expression for both students and academics studying China.

Introduced on June 30 this year, China’s new national security law criminalises what it considers to be secession, subversion, terrorism and collusion with foreign or external forces. The details of this law were not released until after it was passed, with terminology so vague that it has many activists and academics scared of punishment for voicing any critique of the Chinese government.

The singing of songs, repeating of slogans and even the reading of newspapers have been framed by the law as separatist and undermining of the power of Hong Kong’s government, as well as Beijing’s influence over it. They could therefore be deemed acts of secession and subversion.

Quite what “collusion with foreign or external forces” means for people around the world who want to express solidarity with Hong Kong’s pro-democracy movement remains to be seen. But these laws have an extraterritorial reach, which means they apply to everyone, everywhere.

For me, as a UK national that might not be so worrying. But, for academics and students from Hong Kong or mainland China, this makes what they say or write particularly risky. This threatens academic integrity and universities, as places where debate and freedom of expression are crucial, have a duty to protect these scholars. The identity and purpose of universities as spaces of free thinking depends on it.

As someone who researches Hong Kong, I’ve campaigned with colleagues including members of the British Association of Chinese Studies for a greater show of support from our universities on this issue. At best, we’ve found universities to be hesitant and, at worst, reluctant to take a stand against the new national security law. One aspect of an increased internationalisation of higher education is that it brings market pressures, with degree programmes as commodities and students as consumers.

One Hong Kong scholar based in the UK told me they felt like UK universities were kowtowing to Chinese money “at the expense of freedom of expression”:

The most disappointing part being that we aren’t even talking about freedom of discussion or debate, but simply the more fundamental issue of expressing one’s views.

Financial decisions should not compromise academic enquiry. While funding can be an enabler to the generation of knowledge, a threat of its withdrawal should not act as inhibitor, editor or censor to the formulation of ideas. Unfortunately, the national security law is already taking a toll on Hong Kong academics in the UK. Colleagues have told me the new law has made them fearful and hopeless, as well as concerned about censorship. One said:

I have actually noticed self-censorship on my part as well, since the national security law has come into force. I now tend to be extra careful when I present my work if I know there will be Chinese researchers in the audience.

A growing issue on campus is the fear that supporters of the Chinese government will report their peers. Battles have taken place between groups of pro-Beijing and pro-Hong Kong students in Australia, New Zealand and Canada. These clashes illustrate attempts to shut down debate, which in turn threatens free speech.

In the UK, similar incidents have taken place. The student’s union at the University of Warwick, for example, saw a motion to support the democratic and human rights of Hong Kongers voted down by unprecedented numbers of Chinese students voting in support of Beijing. The example serves as a warning of the mobilisation of nationalist sentiment in the name of student activism.

A major concern for critics of the Chinese government is getting filmed and the footage being shared with Chinese authorities. Hence, Oxford’s new protection measures include a ban on recording classes or sharing the material from them with anyone outside the group, as well as making tutorials one-to-one, instead of groups, and work by students anonymous.

I’ve written about the long tradition of scholar-activism in my field of social and political geography, which involves engaging critically with those we work with and teach, and not just observing idly from the sidelines. Meaningful solidarity requires moving beyond symbolic gestures and actively challenging systems of oppression.

For my part, while the ongoing coronavirus pandemic has rendered much travel impossible, it is the deterioration of Hong Kong’s political situation that put an end to my annual undergraduate field trip to the city, and the cancellation of my latest research visit. Without a prospect of return and with the monstrous reach of the national security law, I shall continue to stand in solidarity with Hong Kong from a distance.

I am grateful for Oxford’s academic leadership in this regard, though if we are to make use of our privileged positions to defend academic freedom more resolutely, we need to call out injustice when we see it and we need others to follow. With the start of the academic year already upon us, this needs to happen fast.