We need to modernize how we measure national wealth 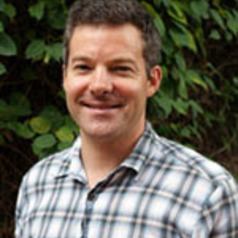 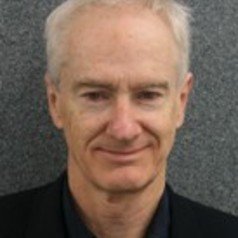 Thirty years after the landmark Brundtland report, the debate on urban sustainability continues. Urban planners are still grappling with the challenges of making our cities sustainable.

Sustainability solutions involve trade-offs between these three dimensions. A planning innovation might solve a challenge in terms of social sustainability but be less efficient in regard to the two other dimensions.

The Sustainable City paradigm has been a dominant school of thought since the 1990s. Yet it is still unclear how cities incorporate this paradigm in urban policies.

Influential works on urban policies have emphasised the transfer of urban policies from one context to another – known as mobile urbanism. Our book highlights evidence to the contrary. Planning innovations are generally shaped by local contextual factors and are not imported.

Of the planning innovations presented in 12 case study chapters in our book, we present those most relevant to Australia later in this article.

Transport use is too reliant on cars. As a result, fossil fuel use and greenhouse gas emissions remain far too high. Large areas of land are given over to road space and parking.

High car use goes hand in hand with low-density urban sprawl. This requires longer trips to everything, extra resources for longer pipes, wires and roads, more losses of agricultural land and natural vegetation, and more hard surfaces that increase water pollution run-off as well as heat in summer.

And the design of low-density development produces even more unsustainability. Planning controls have forced developers to reduce the size of new housing lots, but house sizes have barely reduced in size. As a result, backyards are disappearing. Lost along with them are trees to cool the air and sequester carbon, and physical activity opportunities for children.

Australia’s cities also have major social sustainability issues. Increasing numbers of professional and managerial households have priced poorer residents out of the best areas of the cities.

The result has been heightened spatial polarisation. Lower-income households have been forced to live further out in suburbs with inadequate public transport and jobs. Solutions for creating places in the suburbs were presented in a recent summit organised by UQ Planning.

The innovative ways that overseas cities have responded to similar sustainability challenges can provide pathways for Australian cities to follow.

Helsinki’s experience suggests one means of overcoming a sticking point in achieving higher-density development: getting around NIMBY opposition and achieving community agreement on where denser development could go. In Helsinki, the public participated in a public participation geographic information system exercise. This mapped their preferences for areas that should not be developed for apartments.

Well-intended planning controls can hinder higher-density development, even in desirable locations. In Los Angeles’ historic core, old office buildings lay vacant after a new CBD office precinct outside the old core was developed. Residential use requirements for on-site parking and open space and for a building setback from the front property boundary hindered the conversion of the old buildings to residential use. By relaxing these requirements, the city’s 1999 adaptive reuse ordinance was a key to regenerating the old core as a residential area. 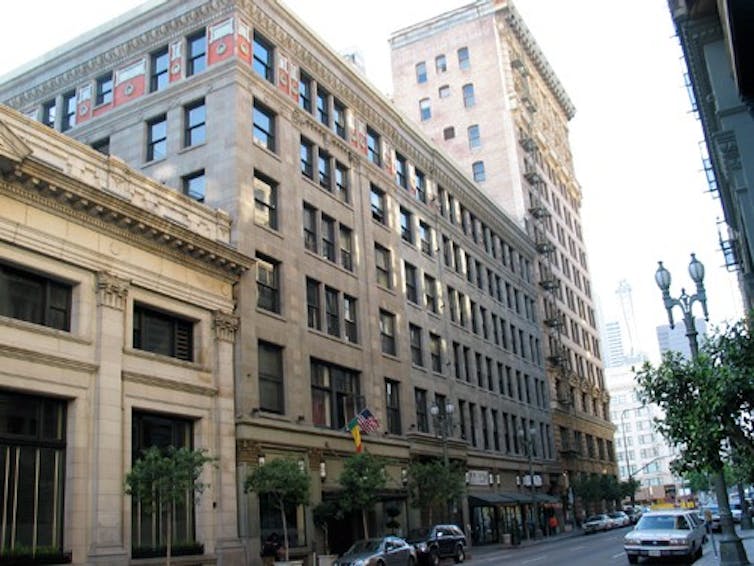 The challenge of reducing car use without large public outlays remains daunting, but Seville shows one way this can be achieved. There, a complete bicycle network of 180km – 12% of the total road length in the city – has been built since 2007. Separation from car traffic has been achieved through bollards and the like, or by parked cars where the bikeway is built on a footpath.

Cycle trips now make up about 10% of total vehicle trips in Seville, six times the previous share. The driving forces for the network were the formation of a cyclists’ association, public demonstrations and the election of a left-of–centre city government that gave political support.

The demolition of motorways sounds like an extreme way of reducing car use, but the experience of Seoul shows it can have big economic and environmental benefits. The motorway built over a former stream in the central city was demolished in the early 2000s. The stream was restored to a natural state.

This has reduced air pollution and the heat island impact of the former motorway, and created an ecological passage to the main river in Seoul. Recreational and cultural amenities along the restored stream have made it a desirable area and generated new economic activities. New bus services close to the stream have replaced car access.

The strong powers and finances of the city government and a supportive mayor made the Cheonggyecheon Restoration Project possible. 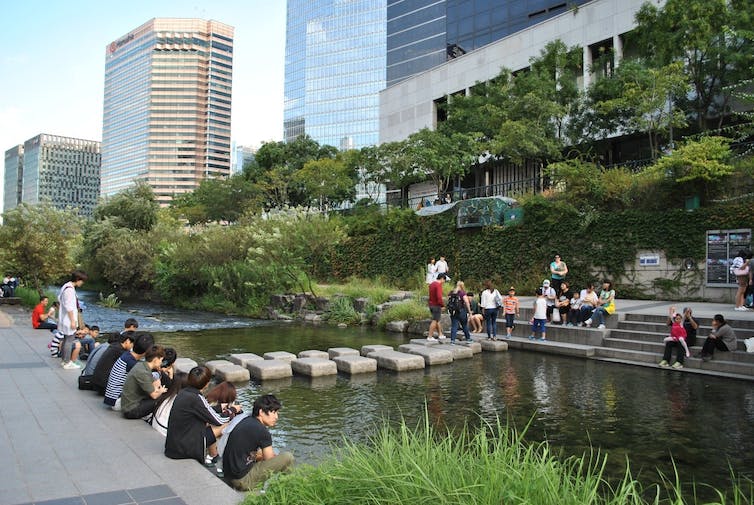 The experience of Vancouver illustrates how inclusionary planning can ameliorate these forces. City-sponsored local resident groups have been at the centre of making strategies to renew the city’s low-income Downtown Eastside area.

Instead of the high-tech-based development originally proposed, priority has been given to developing employment more suited to the low-income residents’ needs, including opportunities in the informal sector. City council-owned sites have been used for social innovation hubs, services to help residents find jobs, and a street market for a street vendors’ collective.