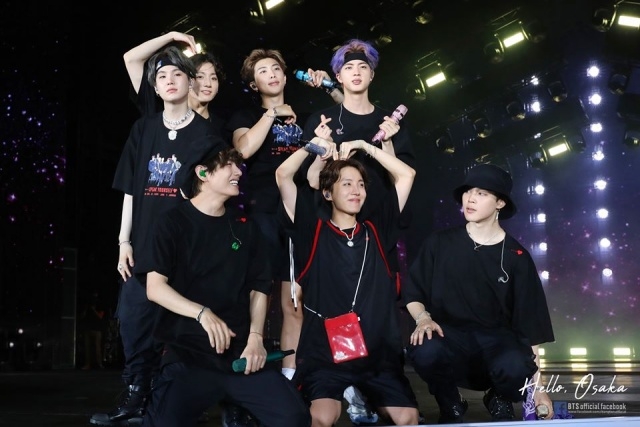 BTS made a new record again, and it is just the second month of 2020. The South Korean boy group topped Billboard’s Social 50 chart for a long time, and now the band was named as the longest-running artists to stay on this chart.

Billboard reported that as a result, BTS overtook Justin Bieber to place no. 1. They broke the “Love Yourself” singer’s record of 163 weeks on the chart as BTS recorded its 164th week at the top on Feb. 8.

It was stated that the Social 50 is powered by data being monitored by Next Big Sound, a music analytics company. It tracks the artists and ranks the most popular ones on leading social media like Instagram, Twitter, Facebook, YouTube, and even Wikipedia.

The chart also records the artists’ weekly record of new followers, new fans, or friends added on their accounts. Additionally, their social media page’s engagement and views are also tracked.

The music magazine also listed the artists with the most weeks and they are BTS (164), Justin Bieber (163), Taylor Swift (28), Miley Cyrus (21), Rihanna (21), Ariana Grande (18), Adele (11), Lady Gaga (11), PSY (11) and One Direction with eight weeks in their record. This is a big achievement for the seven-member boy band, considering that they bested the well-known singers in the world.

It was in October 2016 when BTS first landed on the said Billboard chart, and they managed to stay there since then. "For the Feb. 8-dated ranking, BTS didn't rest on its laurels to snag the No. 1 record, Kevin Rutherford wrote. “The K-pop boy band was up in nearly all chart metrics, led by a 69% jump in Facebook page likes and a 29% boost in Twitter mentions."

Meanwhile, BTS is preparing to release their new album called "Map of the Soul: 7." Entertainment Weekly reported that this was confirmed to be launched on Feb. 21. To excite the fans, the group already revealed one of the tracks titled "Black Swan" and immediately debuted on Billboard’s Hot 100 at no. 57 on Feb. 1.