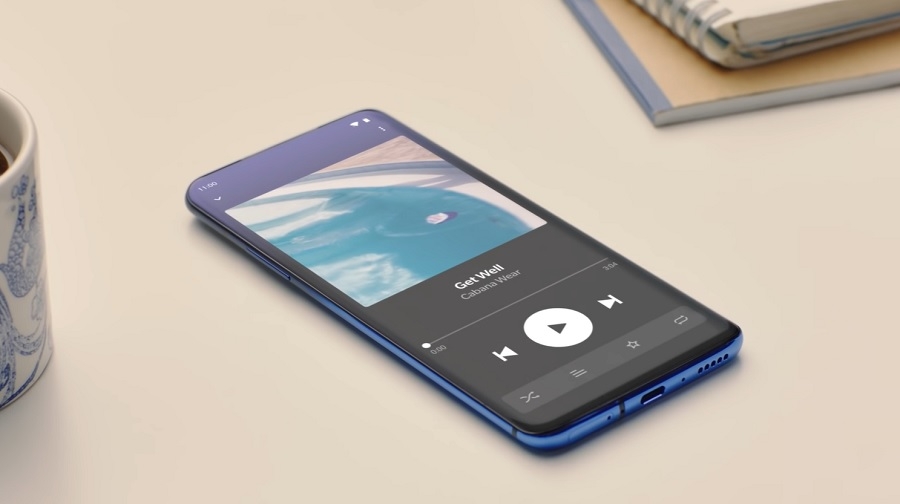 Almost every smartphone maker has a consistent annual cycle in releasing new devices, and that includes OnePlus. If the company is not planning on implementing any major changes, tech fans are right to be waiting for OnePlus 7T.

Additionally, there has been a non-stop release of rumors and information leaks that all suggest the company is currently working on OnePlus 7T. Recently, another image was released online, giving tech fans an idea on what the rear side of the unannounced device would look like.

Earlier this week, fans eagerly waiting for any updates about OnePlus 7T may have found what they are looking for. Notable leaker Evan Blass shared a render of a mystery OnePlus device. If it looks familiar, it is because the render was already spotted at an earlier leaked photo.

Blass replied to Ishan Agarwal’s December 2018 tweet showing a picture of a supposed OnePlus meeting, with CEO Pete Lau in attendance, and an image of an unannounced device flashed on a screen. At the time, many reports thought it was showing a OnePlus 7 prototype, but the said device was released last spring and it's looking nothing like the leaked picture.

Fast forward to this week, Blass replied to Agarwal’s tweet with a leaked render and only said in the caption, “Can I play too?” He did not mention anything else about the device in question, which he normally does for his other photo leaks. But since OnePlus 7T is the next anticipated device from the company and given the timing of Blass’s report, it is now the general belief that the leaked render pertains to the possible final design of OnePlus 7T.

In the previous years, OnePlus has maintained two major unveiling events for its smartphone line. The first is being held in spring while a T-series version is usually announced in fall. OnePlus 7 and 7 Pro were announced earlier this year proving that the company is not changing its annual calendar. But the release of the Pro version has led to doubts that OnePlus 7T is going to be released.

However, reports are rife that OnePlus 7T will be released before the year ends and add to the Blass’s recent render leak. In fact, a Twitter account dedicated for OnePlus leaks and rumors reported that the upcoming device will be unveiled on Oct. 10 and will arrive in stores on Oct. 15, but still take that with a pinch of salt.