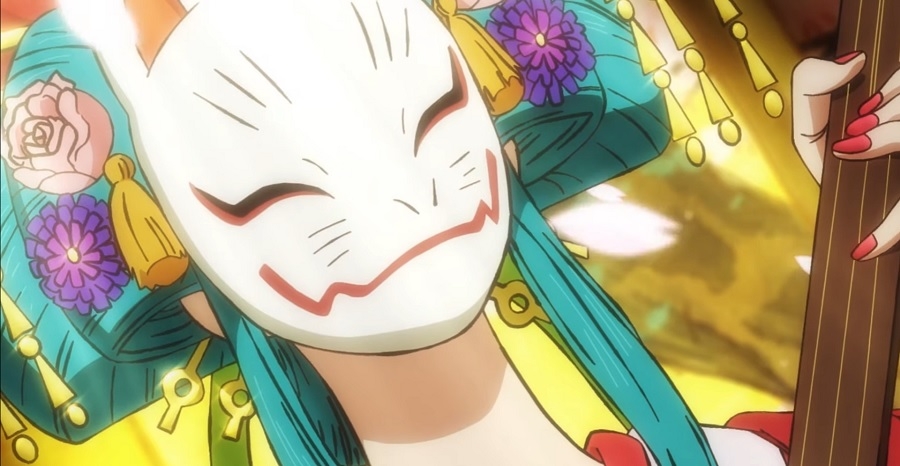 From a promo clip of Wano arc in the anime series. | Photo credit: AnimeLab/YouTube screenshot

Luffy and his allies have seen ups and downs in the recent chapters of the Wano Country arc. Coming to “One Piece” chapter 953, it appears that Tama has become one of the most important characters due to her devil fruit. But will her ability fall apart soon?

A few chapters into the Wano arc, it was revealed that Tama also has a Devil Fruit and uses a technique called Kibi Dango. She can produce a small piece of dumpling-looking Dango that when consumed by animals and part-animals (Zoan users) shown before “One Piece” chapter 953, she can tame them and control their actions. However, some fans think that there might be a downside to her ability.

Before “One Piece” chapter 953, it was shown that Tama used Kibi Dango on Queen’s subordinates left to maintain Udon’s prison camp. They were instructed to report false information to Queen, making him think that Luffy and all other prisoners are still held captive. In fact, Luffy has already gathered thousands of prisoners loyal to the Kozuki clan and will fight to reclaim Wano from the Orochi and the Beasts Pirates.

With Tama’s very useful ability, some fans have chosen her as their favorite character in Wano. However, others doubt that the endgame would be as easy as Tama controlling Orochi and Kaido, who both possess Zoan. Looking forward to “One Piece” chapter 953 and future installments, some fans think that the likes of Orochi and Kaido are powerful enough to break free from Tama’s Dango. In that case, it poses a threat to their plans.

Kaido and Big Mom have been fighting for two chapters now. However, fans are quite disappointed that this battle is going off-screen. Recently, Kaido’s men are extremely worried that the two would end up destroying the entire Onigashima. This means that there is plenty of action happening, and fans are hoping to see some of it in “One Piece” chapter 953.

Luckily, the manga series is not taking a hiatus this week. “One Piece” chapter 953 will be released on Aug. 25.