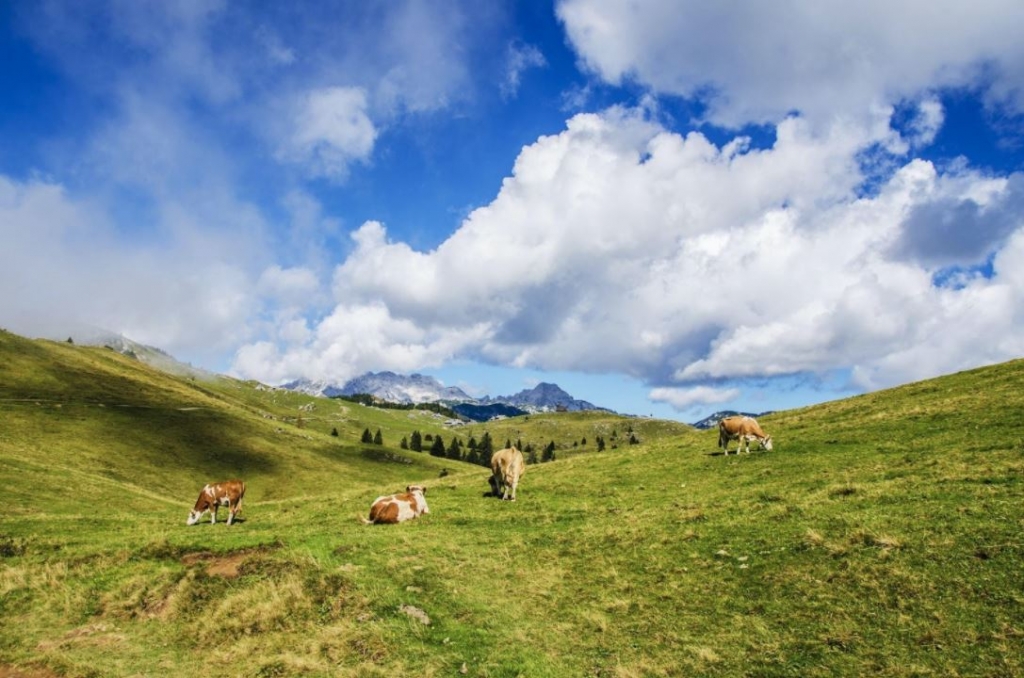 Part of the strength of OSI Group is its ability to not only spot trends in food and the food supply, but also to accurately predict how these trends will evolve in the future. This includes determining how the company and its partners can play a part.

This approach has worked well for the company for more than a century, starting with a family-owned meat market in 1909 that expanded into the wholesale meat trade in 1917. The operation became known as Otto & Sons in 1928. Less than 50 years after its inception, it was selected as the first official supplier of ground beef to the first McDonald’s restaurant established by Ray Kroc in 1955. Supplying beef to local McDonald’s restaurants soon became Otto & Sons’ main business. America’s fast food industry grew, along with the ease of interstate travel, and this was a perfect situation for both companies. McDonald’s relied on Otto & Sons for quality meat.

In the mid-1970s, Otto & Sons became OSI Industries, and later, after further expansion, OSI Group. The organization has achieved plenty of other milestones, achievements, and international partnerships since its humble beginnings.

Today, the global conglomerate operates more than 65 facilities in 18 countries. Throughout all of this growth, the company has focused its efforts on being as sustainable as possible and encouraging others in the food industry to do the same.

Part of this philosophy means great attention to sustainability in the global beef supply. This includes efforts to encourage better grazing practices, one example being an initiative in which OSI Group is focusing on the grasslands of Montana. In collaboration with other beef producers and processors, OSI Group is helping to support farmers and ranchers that are eager to learn about rotational grazing best practices, which will improve soil health and reduce the overall carbon footprint of their operations.

Sustainability can also mean looking for safe alternatives to meat, something that can have positive benefit for consumers in the future and, ultimately, the climate. One example is a partnership with Impossible Foods, a company that has been developing plant-based protein items since 2011.

Part of this arrangement, announced in 2019, was that OSI Group would begin producing Impossible Burgers and other Impossible Foods products that have been showing up on the menus of restaurants as well as in retail stores

These items can appeal to diners who are vegetarians and also to the growing number of consumers who may be looking to cut down on their meat consumption. The growing popularity of Impossible Burgers, due to the similar texture and taste of beef, ultimately will help the food supply chain, feed a growing world population, and reduce some of the burden on farmers and ranchers.

Part of the company’s success is also based on developing domestic and international relationships, an approach that goes back years and continues today.

In the 1970s, the company was known in the U.S. as OSI Industries, but used different company names when expanding abroad. OSI Group’s Chairman and CEO, Sheldon Lavin, was the driving force behind OSI’s push into the international arena as the company grew along with McDonald’s. Lavin and his company focused on building support for expansion into other continents, such as Europe, Asia and Australia. OSI remains based in Aurora, Ill., but these early efforts to cultivate partnerships continue to pay off in major ways. Lavin has built his organization into one of the world’s largest privately held food manufacturers, operating as the brand behind leading foodservice and retail brands around the globe. The name OSI is primarily used for all of the operations now, with a few exceptions.

Both OSI, as a company, and Lavin, as its leader, have garnered awards from various organizations. All told, hundreds of awards have been presented by customers, meat industry organizations, safety councils and local municipalities where the company operates, to recognize excellence.

In 2013, Lavin was inducted into the Meat Industry Hall of Fame. Two years later, he received a lifetime achievement award from a Chicago business to recognize his exceptional accomplishments in the global food industry. In 2016, he was honored with two awards: India’s World Vision Academy presented Lavin with a Global Visionary Award, and the North American Meat Institute recognized Lavin with a prestigious community service award for his dedication to, and active participation in, charitable organizations in the Chicago metropolitan area and the international communities in which OSI operates.

Individual OSI facilities have won a significant number of awards over the years, including OSI Food Solutions UK, which has garnered multiple awards from a key customer as well as recognition of the facility’s health and safety programs from a prominent organization. The latter is exemplified by the UK plant receiving twelve international safety awards and five “Swords of Honour” from the British Safety Council. The most recent award was in 2019, when the facility was presented the “Sword of Honour” by the British Safety Council due to the company’s notable health and safety efforts. That year, the commendation was given to only 84 organizations worldwide that were found to have a comprehensive health and safety program, creating systems and protocols to reduce on-the-job safety risks. Award presenters said that representatives from the British Safety Council monitored OSI Food Solutions UK for more than year and found that there was an attitude of safety and a focus on health in every department within the facility.

OSI Food Solutions UK continues every year to seek excellence and reduce risks, making sure every employee or visitor is able to work in a safe and healthy place. In 2020, the North Lincolnshire Health and Safety Group presented the facility with awards for accident prevention and outstanding health and safety achievements.

In the US, the OSI facility in Oakland, Iowa, has been named one of the area’s safest companies for 23 years by its local chapter of the National Safety Council. That same facility has received annual awards or commendations for worker safety for 17 years from the North American Meat Institute (NAMI). Additionally, NAMI has presented the facility with three environmental awards.

Other OSI facilities recognized by NAMI for worker safety and environmental efforts over the years (since 1995) include OSI Chicago-Racine, OSI West Chicago and OSI Geneva, in Illinois; OSI West Jordan in Utah; and OSI Fort Atkinson in Wisconsin.

OSI is part of the European Roundtable for Beef Sustainability (ERBS), which is Europe’s largest multi-stakeholder group that focuses on this topic. As of July 2020, the current chair of the board is Claire Donoghue, who is OSI Europe’s Operations Director and Head of Sustainability. She will remain in this role for three years.

OSI Group is also part of the U.S. Roundtable for Sustainable Beef (USRSB). As a founding member of this industry group, OSI strongly supports the national organization that looks for ways to improve sustainable practices all along the beef supply chain in the U.S.

Both the ERBS and USRSB are active members of the Global Roundtable for Sustainable Beef (GRSB). The roundtables have set a goal of seeking better practices and encouraging the growth of projects that are economically viable as well as socially responsible. Roundtable members include a cross-section of individuals and businesses in the beef industry, including retailers, producers, processors, government, and allied industry. OSI Group’s Nicole Johnson-Hoffman, who is the company’s senior vice president and Chief Sustainability Officer, has served two terms as GRSB president, in 2018 and 2019. She was the first board chair for USRSB when the group was formed in 2015.

OSI Group is always looking for ways to improve the supply chain and encourages its partners to follow suit.

For instance, it has been working with retailer Whole Foods for several years to supply meat or protein alternatives for a variety of consumer products.

The company recently presented OSI Group one of its annual awards for innovation. It was one of 28 suppliers honored that year. OSI Group received credit for offering a variety of meat offerings with different flavors, as well as for providing “exceptional quality.”

Beyond the condition of the meat products, Whole Foods’ experts and buyers praised OSI Group for its operational and logistical efforts, such as responding well to changes, being nimble, and environmentally conscious.

OSI Group’s focus on sustainability also extends to the public sector. It is currently working closely with the U.S. Department of Agriculture to supply meat items to qualifying non-profit organizations. This will make it easier for families needing assistance and facing food insecurity to access quality food at no cost to them. The Farmers to Families Food Box Program is part of the Coronavirus Food Assistance Program, and includes bacon, hot dogs, meatballs, and sausage. The boxes also include other items from farms including dairy products.

One of OSI’s longest running commitments has been its support of Ronald McDonald House Charities (RMHC). The concept of sustainability is not just about the environment, it includes social responsibility as well. Sheldon Lavin has been involved with RMHC for decades and currently serves on the charity’s Board of Trustees. OSI facilities around the globe participate in fundraising and other activities to support this important organization that provides free housing for families that have a sick child in a nearby hospital.

Overall, OSI Group continues to look forward to opportunities to help people or leverage its partnerships for even larger returns.