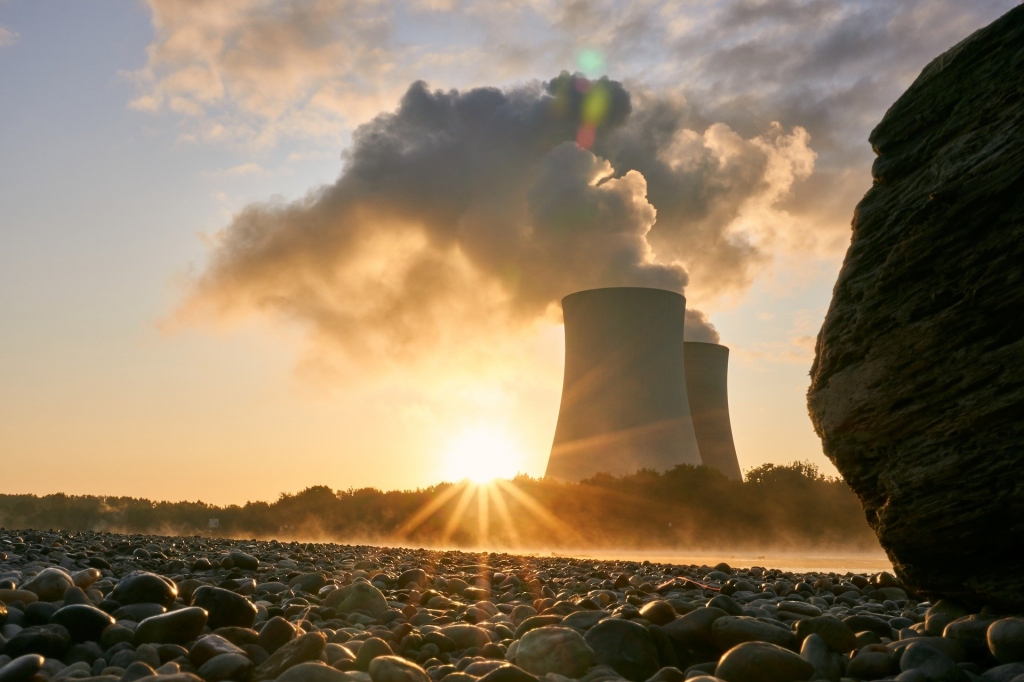 It’s been just over a decade since the fourth most powerful earthquake of the modern era triggered a tsunami that struck Fukushima on the eastern coastline of Japan, causing thousands of deaths and leaving hundreds of thousands unable to return home. That tsunami was also responsible for the world’s worst nuclear accident since the Chernobyl disaster.

When the 14-metre wave flooded the Fukushima Daiichi plant, it shut down emergency generators, triggering a series of heat-induced meltdowns. Now, the Japanese government’s decision to allow the release of more than one million tonnes of radioactive water from the plant into the ocean has divided opinion.

Water is a vital tool for all nuclear power stations: it’s used to cool their heat-generating radioactive cores. During the cooling process, the water becomes contaminated with radionuclides – unstable atoms with excess energy – and must be filtered to remove as many radionuclides as possible.

The filtered water is then stored in huge steel tanks or released into nearby bodies of water. As huge amounts of water are required by every plant, most nuclear facilities are built on coastlines – or, in the case of Chernobyl, surrounded by huge lakes. That way, filtered waste water can be discharged into the ocean or lake once it’s been assessed and confirmed safe by authorities.

This is how workers at Fukushima dealt with waste water while the plant was operating. But since the tsunami hit in 2011, authorities have used more than a million tonnes of water to try and cool the plant’s disabled reactors, which are still hot thanks to the long-term release of energy from the nuclear power source. All that radioactive water – which is more contaminated than standard waste water – has to go somewhere. The decision to release it into the oceans is – some would argue – the most pragmatic long-term solution.

What could the impacts be?

The process of filtering and diluting the huge amounts of water to meet safety standards will take a few years to complete. Then, we’d usually expect the water to be released gradually in small volumes through coastal pipelines. That way, any potential effects of releasing the radioactive waste will be minimised. However, the fact is that we don’t know exactly what those effects will be on marine – or human – life, given the sheer volume of water set to be released from the Fukushima plant.

Our own research has shown that a number of marine species could have their DNA damaged through extended exposure to radionuclides in seawater. It’s important to note that our conclusions are mostly drawn from studies in the lab, rather than in the real world; when a nuclear accident takes place, human safety takes priority and biological assessment often takes place decades after the original event.

That being said, our experiments with both marine and freshwater mussels found that when radionuclides are present in seawater alongside commonly-occurring metals like copper, the DNA damage caused by radionuclides to the mussels was increased. Much, much more research is needed to understand the effects of exposure to different types of radionuclides on different species.

In the meantime, anger towards Japan’s decision from fishing communities is understandable. In a world where global dependence on fisheries for food is increasing – and at least 10% of the world’s population depend on fisheries for their livelihood – a potentially contaminated environment could result in a contaminated food chain, raising consumer concerns.

We also know that around 95% of cancers in humans are triggered by exposure to toxic substances present in the environment, food included. If these substances damage genetic material within our cells, that damage must be repaired. Otherwise, the damaged cell either dies or divides. And when the latter happens, the damage – which can cause genetic mutations – is passed on to dividing cells in a process that may lead to diseases like cancer.

If that genetic damage happens to egg or sperm cells, it may be passed down from parent to child, triggering new diseases in future generations. To neutralise these complex threats, it’s key to ensure that only safe levels of nuclear waste are being released into the ocean.

Where do we go from here?

As new nuclear plants emerge in the effort to tackle climate change, the need for transparency when it comes to nuclear technology has never been greater: especially if we are to build public confidence in the benefits of nuclear energy.

When nuclear reactors are mentioned, it’s disasters which tend to spring to mind. Yet considering the long history of nuclear power generation, serious accidents – involving loss of life and severe damage to the environment – are extraordinarily rare. The huge amounts of data gathered from each disaster site have enabled powerful advances in nuclear security, making future accidents even less likely. Meanwhile, waste from the world’s nuclear reactors is being managed safely every day, although long-term solutions to waste disposal still pose a challenge.

But while we still rely on nuclear power, the most urgent priority is to set internationally accepted regulations for radiation exposure levels across different species. After all, we are what we eat: our health as a global community depends on the health of the environment, and a contaminated ocean knows no geographical or political borders.