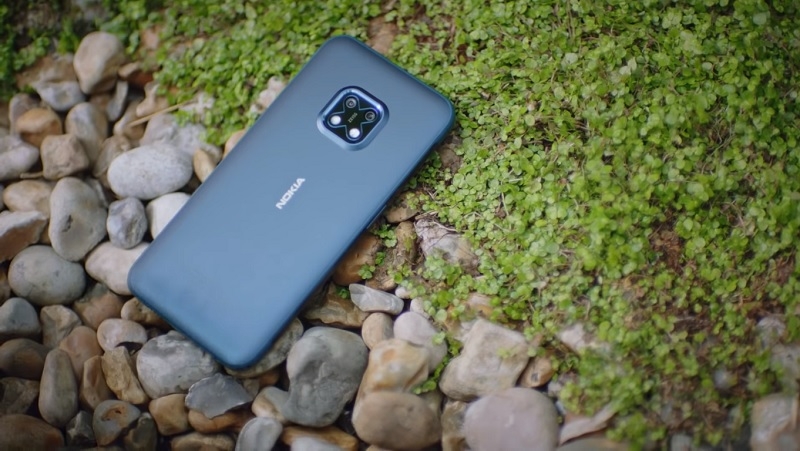 There are countless online memes today that remind people just how sturdy the classic Nokia phones were compared to the more recently released smartphones. However, HMD Global just announced the Nokia XR20 that will have some things to offer both in terms of durability and modern features.

The Nokia XR20 is poised as the next rugged phone from HMD Global’s smartphone brand. The company confirmed in a press release that it meets the MIL-STD-810H standard that tests if devices can survive through situations “expected in certain military applications.” Simply put, it is expected to survive through harsh conditions and extreme temperatures, unlike most typical smartphones.

Specifically, HMD Global says the Nokia XR20, which sports Corning Gorilla Glass Victus, can survive 1.8-meter drops and be underwater for an hour. But it also appears that the device is not just being marketed to people who often go on outdoor activities. A promo video tries to show how a rugged device could also be useful for regular users. The trailer shows steaming hot coffee and tap water splashing the IP68-rated phone without causing any issue.

The Nokia XR20 has 5G capability and will be supported for several years as it is advertised as a phone “designed for the long run.” It will receive monthly security updates for four years and three years of OS upgrades from its launch. That means the rugged phone will later get an Android 12 upgrade.

It sports a 6.67-inch FHD+ display, 48MP + 13MP dual camera on the back developed with Zeiss Optics, an 8MP front sensor, and powered by Snapdragon 480 5G. The Nokia XR20 has a 4630mAh battery, which may not seem like a significant capacity for a rugged phone. However, the device is advertised with 2-day battery life. It also supports 18W wired fast charging and 15W wireless charging.

The Nokia XR20 comes with a 6GB RAM + 128GB storage configuration for $549, but it also has an external micro SD card slot that can accommodate up to 512GB. The HMD Global press release says the phone is available starting on Tuesday, July 27, in select markets worldwide. However, the Nokia US website indicates that its “estimated shipping date” is Aug. 25.