Nina Dobrev 2018: Will ‘The Vampire Diaries’ Star Show Off Her Multilingual Skills in Her Upcoming Film? 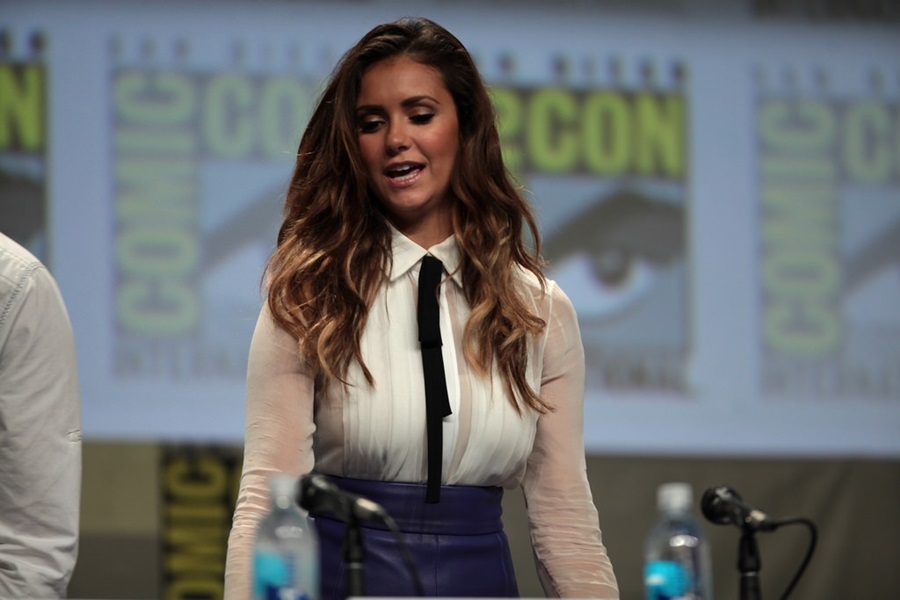 Nina Dobrev is currently trending because of her Instagram post that shows how similar she looks to her mother. The photo received over a million likes, with fans of “The Vampire Diaries” star noticing how the star looks so much like her mother that they’re practically twins.

Nina Dobrev took the photo during her stay in France, captioning it “Je T’aime Maman,” which is “I love you, mom” in French. The 29-year-old celebrity has always been close to her mother and even did an ad campaign during Mother’s Day back in 2012.

Right now, Nina Dobrev is soaking up a lot of sunlight as she’s vacationing in the Mediterranean along with a few friends. In a hilarious post, the “Flatliners” actress took the theme of the Expectation versus Reality meme and gave it a minor twist.

Nina Dobrev showed off her rocking figure by slipping into a bikini and taking a dip at a pool with a friend. That was the expectation part of the post. The reality part was substituted by her guy friends who took similar poses to what Dobrev and her friend did.

As for her soon-to-be-released project, Nina Dobrev’s movie “Dog Days” is going to hit theaters on Aug. 10. The film focuses on several people getting linked together because of their love of their pets.

Aside from Nina Dobrev, Finn Wolfhard ("Stranger Things") and Vanessa Hudgens ("High School Musical") will be starring for the film. It has yet to be confirmed if Dobrev will speak another language in the movie.

Nina Dobrev is fluent in French, Russian, and Bulgarian. The actress was born in Bulgaria but her family moved to Toronto when she was 2. She has posted several videos on social media showing off her fluency in the languages mentioned above and she’s also been asked by multiple fans to speak these languages in interviews and conventions.